Breaking News
Magu, Detained By Police In Abuja For Further...
Ghana Opposition Leader Names Woman as Running Mate...
FashionGHANA Changes The Narrative Of Supporting African Fashion...
Magu was Not Arrested but Invited for Questioning–DSS,...
DSS Arrests Ibrahim Magu the Acting Chairman of...
Hushpuppi and Mr.Woodbery, Welcome to Chicago!
Wike, Atiku, Ihedioha, Kema Chikwe, to Lead PDP...
All Is Set for the Multi Million Dollar...
Thiago Alcantara On his way to Liverpool for...
Tension in Ghana Market Over the Arrest of...
Home Health Finally a Breakthrough in Cancer ? drug found effective nearly six years after treatment
Health

Nearly six years after stopping a five-year regimen of the breast cancer drug anastrozole, women at high risk for breast cancer were 50 percent less likely to have been struck by the disease, new research shows.

About half of the participants were randomly selected to take the aromatase inhibitor drug anastrozole — Arimidex — for five years and about half took a placebo.

As one breast cancer expert unconnected to the study explained, drugs like anastrozole are taken to prevent breast cancer’s return. 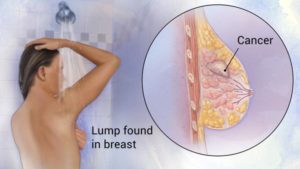 “One of the most important parts of my job as a breast program director is running our ‘high risk’ clinic, and the most common question that I get from our patients is ‘What else can I do to prevent breast cancer?'” said Dr. Alice Police, who directs breast surgery at the Northwell Health Cancer Institute in Sleepy Hollow, N.Y.

“Aside from lifestyle interventions, such as diet and exercise, and prophylactic surgery, there are medications that we know can reduce the future risk of breast cancer in this group by 50 percent or more,” she said. “Tamoxifen is the drug that has historically been used for this purpose and this study looks at the drug anastrozole as an alternative.”

The new findings were to be presented Thursday at the annual San Antonio Breast Cancer Symposium, and were published simultaneously in The Lancet.

According to study author Jack Cuzick, the trial “was designed to investigate whether five years of anastrozole can safely and effectively prevent breast cancer in postmenopausal women who are at high risk for the disease.”

In 2013, the research team “reported that in the first seven years of follow-up, anastrozole significantly reduced breast cancer incidence compared with placebo, and that it did so with very few side effects,” Cuzick noted in a symposium news release.

“Our new data show that after a median of 10.9 years of follow-up, there continues to be a significant reduction in breast cancer incidence,” said Cuzick. He is the director of the Wolfson Institute of Preventive Medicine, head of the Centre for Cancer Prevention, and the John Snow Professor of Epidemiology at Queen Mary University of London

“It is exciting to see that anastrozole has a continued impact on breast cancer incidence even after stopping treatment, as this strengthens the case for its use as a breast cancer prevention therapy,” he added.

“Another way to consider the data is that it translates into an estimated 29 women needing to be treated with anastrozole for five years to prevent one breast cancer during treatment and in the next five years,” Cuzick explained.

“This is far fewer women than the estimated 49 women that need to be treated with tamoxifen for five years to prevent one breast cancer in the same time period,” he said.

The study received funding from drug maker AstraZeneca and study co-chair Cuzick is a consultant for Myriad Genetics.

“Even after stopping the drug, the protection continued for at least five more years for most types of breast cancer,” she noted. “I now have an even better answer for the question ‘What else can I do?'”

Dr. Lauren Cassell is chief of breast surgery at Lenox Hill Hospital in New York City. Reading over the findings, she agreed that the data was “extremely exciting news” for patients.

“We have known that tamoxifen can decrease a woman’s risk of developing breast cancer, which actually persists longer than the five years that it was taken,” Cassell said, but “we did not have the same data for anastrozole.”

Cassell added that there are pros and cons for using either tamoxifen or anastrozole.

“Anastrozole does not carry an increased risk for uterine cancer or blood clots, which we find with tamoxifen,” she said, “but many patients complain of significant joint pains [with anastrozole], which causes them to discontinue the medication.”

So far, it’s not clear if anastrozole reduces the risk of breast cancer death, so the researchers plan to continue following the study participants to try to answer that question.

I simply want to say I’m very new to weblog and absolutely enjoyed this page. Probably I’m likely to bookmark your site . You amazingly have outstanding writings. Thank you for revealing your blog.