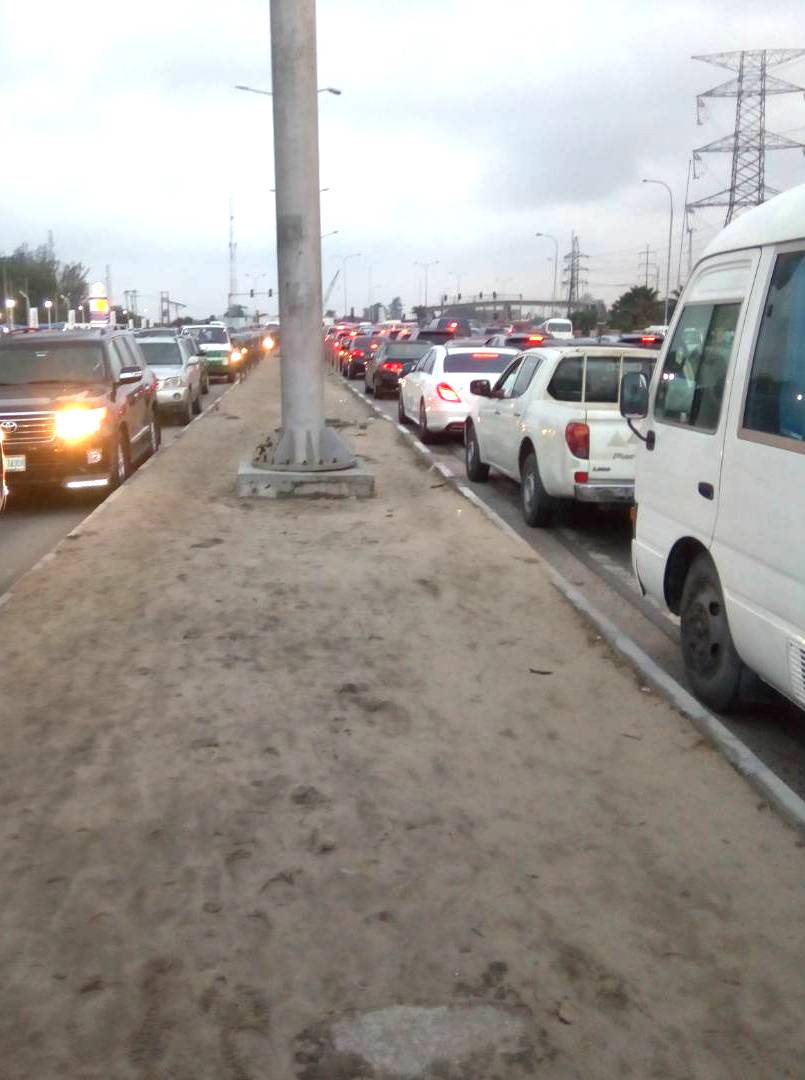 Over 33 Checkpoints noted from Seme Border to Badagry Roundabout.

The old ways of incessant extortion of commuters on the Badagry side of the Seme border still abounds despite the new multilateral facility for the border post which was formally opened in October 2018  attracting a presidential visit from President Muhammadu Buhari of Nigeria and his Benin Republic counterpart President Patrice Tallon.

The Nigerian border closure in August of this year which has been criticized as an anti people policy by some Nigerians as they call for competent customs official and not border closure,  has played a role in driving up the price of rice this yuletide but the customs and police who failed woefully in checking the smuggling activities at the border that resulted to its closure over incessant smuggling activities ,has rather not disappointed in executing their side hustle with finesse which is extortion and harassment of commuters using the route.

On Wednesday the 18th of December 2019 as early as 6:15 am that the first buses and cars made it through the border to the Nigerian side of the road, over 33 checkpoints comprising officials of the Nigerian customs, Police, Immigration were counted from the border entrance to the Government Technical College Badagry where the 30th checkpoint was situated, going further from there to the Badagry roundabout is located the 32nd and 33rd checkpoint which are all contributing in forcing everyone using the road even at that time of the day to drive almost at a snail pace.

Officials at every of this checkpoints demands for money from drivers ,threatening to re-inspect car trunks  which are most times already   checked by their counterparts who are often not  less than a meter  away  in-front of them ,  this their intentional time delaying tactics is the main cause of the gridlock frustrating commuters ,the height of this their debauchery is the embarrassment their un-civility in discharging their duties is causing to the image of the nation, as people of other nationals are bewildered by the mannerism which this officials exhibit on the road, their hard stance on ensuring that drivers especially of public transports parts with something on each of their posts can only be equaled  by desperation of road bandits.

The people suffering the most are the commercial drivers who ply’s the route on their private vehicles, and operate mostly from mile2 to Accra, who spend an average of 10 to 20,000 Naira on each trip that they cross the border, and in cases that any driver refuses to part with something he is bound to get his vehicle parked and instructed to unpack all his passengers belongings in his trunk for thorough search, just to intentionally cause him delay that may run into hours ,while buses of registered companies like Chisco , ABC and GUO are hardly disturbed until they get to the border.

This regular occurrence has now become a new culture of the immigration, customs and police  to harass travelers for money at the checkpoints, and the drive time between Badagry to Lagos has been tripled by the presence of these illegal checkpoints instituted to extort travelers.

The Drivers and passengers of both commercial and private cars who ply the Badagry Lagos route are finding this situation unbearable especially this season that everyone is desperate for more income in order to help in seeing their families through the long xmas holiday and of course taking care of the January bills that mostly consists of house rent and school fees before the economy naturally picks up in the second or even third month of the year.

The Nigerian Govt despite having a Ministry of Foreign Affairs Service Academy on this same road has turned a blind eye on these illicit activities that is making a mockery of the image of the country to its neighbouring nations as people from the ECOWAS region all the way from Liberia, Gambia, Cote D Ivoire, Ghana etc use this same route during road travels to Nigeria.