Nnewi was lit with festivities this yuletide as his majesty Igwe Dr. Kenneth Orizu, the Obi of Otolo and Igwe Nnewi, unarguably the longest ruling monarch in Africa celebrated his 56th Ofala and 94th birthday on the 28th and 29th day of December 2019 respectively which he culminated with the traditional marriage of his last daughter princess Oby Orizu to hubby Uzor Obimdike from ichi on the 3rd of January 2020.

It was a beehive of activities at the ancient Orizu royal family, a dynasty that dates back to the 14th century ,  a kingdom that has been in place before the British sojourn to Nigeria.

At 94 years of age, Igwe Kenneth Onyeneke Orizu showed no sign of fatigue throughout the festivities that he honored with his presence from its onset to the end including the thanksgiving service that was held at St Thomas Anglican Church Otolo Nnewi on the 5th of January this year.

The number of countless important dignitaries and illustrious sons of Nnewi who were on ground in person at the Ofala and birthday celebration from Hon. Chris Azubuogu Honourable Member representing Nnewi North, Nnewi South, and  Ekwusigo Federal Constituency at the house of reps to Senator Ifeanyi Uba the Capital Oil Boss, it will be deducted that the unity of Nnewi people under the leadership of Igwe Onyeneke Orizu is not in question as countless encomium  were poured on the Igwe for his numerous accomplishments in Nnewi since taking over mantle of authority as the traditional supreme ruler and spiritual leader in Nnewi and the 20th  monarch in the Nnofo Royal lineage since the 25th of May 1953.

The Nnewi monarchy, like the British monarchy, is a traditional inheritance of the throne based on paternal sonship heredity. In Nnewi the traditional monarch is called the Igwe. The Igwe is born and not made or elected, and the institution of inheritance is the traditional right and privilege. The position is neither transferable nor negotiable. 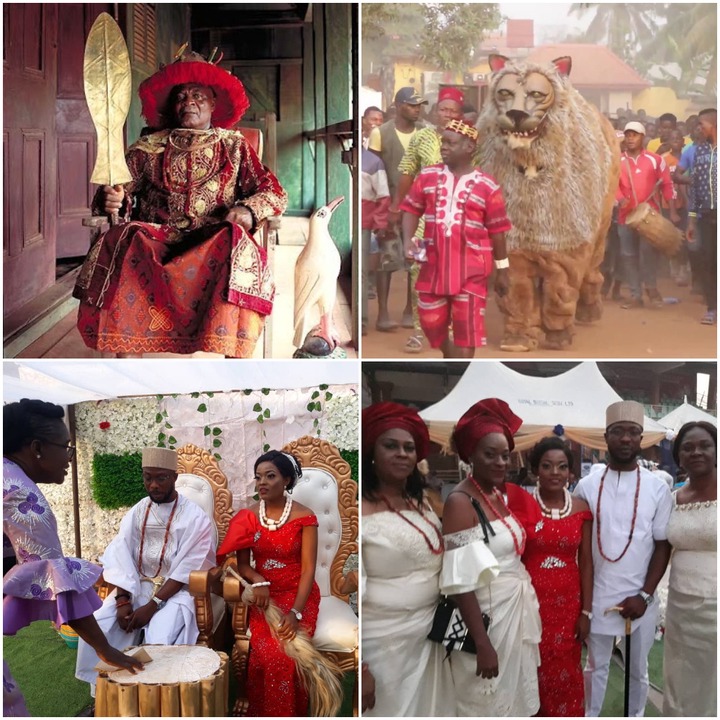 Igwe Kenneth Orizu the 3rd  born in 1925 ascended to the throne in 1963 after the demise of his father His Royal Highness Chief Josiah Nnaji Igwe Orizu ,prior to that time he has attended Hope Waddel College Calabar and completed his education at New Bethel College  Onitsha in the year 1942, he worked as a representative of the Eastern Nigeria Outlook Group of newspapers in the then Eastern Region of Nigeria and was also a successful entrepreneur in the City of Kano Northern Nigeria as a business man.

A lot of socio cultural advancements in Nnewi in the modern time has been attributed to his leadership ingenuity in regards to the depth of wisdom and innovation that he has applied in his traditional governance of the Nnewi people.

Culturally he is globally recognized as the first traditional ruler in the eastern part of Nigeria to abolish the Osu caste system, an aged long  practice that enforces inequity and denial of some fundamental rights  to some members of a community that are perceived to be strangers or descendants of servants , this achievement of Igwe Orizu the 3rd is  a feat that deserves some commendation and requires understudy  from United Nations Education Scientific and Cultural Organisation (UNESCO)  in the bid to follow his blueprint in deconstructing other caste systems in other parts of the world like India, Yemen, Pakistan  where the practice of ostracising a minority group by segregating them from the mainstream by social custom or legal mandate as outcasts or “untouchables” is still rampant.

The Igwe is generally judged to be pivotal in the trade, health and educational advancement of Nnewi in the last 5 decades, he is instrumental  in attracting Teachers Training College in Nnewi; now Nnamdi Azikiwe University, Nnewi. He also advocated the siting of the College of Health Sciences of the University by encouraging Nnewi people to make significant financial contributions. He personally donated most of the land for the establishment of the school that now has one of the best University Teaching Hospital in the country domiciled in Nnewi, as well as attracting the placement and development of secondary schools like Okongwu memorial Grammar School, Nnewi High School, The Anglican Girls Grammar School, Maria Regina Girls School and more in Nnewi.

The Igwe also facilitated the establishment of New Nnewi Market, which was set up at his instigation thereby influencing a socio- economic industrial revolution and transformation that repositioned Nnewi, giving it prominence as one of the largest commercial cities in Nigeria.

At his 56th year of reign Igwe Orizu is so much loved and adored by his kinsmen for the glorious era that his time in office ushered in, a time  uniformly acknowledged by all as a period of momentous and phenomenal reawakening, rediscovery, progress and unification. An amazing age of reconciliation and reconstruction of the people and the land.

The reign of His Royal Highness has ushered in tremendous transformation in all facets and phases of the town which could be read on the elated faces of the people that flocked the mini stadium in his palace for all the festivities in the 10 days of funfair and joyous celebration that included his 56th Ofala, 96th Birthday, Traditional wedding of his last daughter and the thanksgiving service.

The people of Nnewi are assured of the repetition of this joyous moments again for them in the coming year as the ofala and his birthday celebration has become a culture and a tourist attraction, they will never run out of reasons in their hearts to celebrate with Africa’s longest ruling monarch.

Igwe Kenneth Orizu the 3rd is  a complete package ,culturally sensitive and an unrepentant modernist , he is a rare breed,  an ancient and modern king, a leader loved by all.

Against all odds: How Jasmine Emerged Overall Best Graduating Student in Ghana.

What’s Happening i’m new to this, I stumbled upon this I’ve found It absolutely useful and it has helped me out loads. I hope to contribute & help other users like its helped me. Great job.

Hello. magnificent job. I did not imagine this. This is a splendid story. Thanks!

Hello! I just would like to give a huge thumbs up for the great info you have here on this post. I will be coming back to your blog for more soon.

The Laws Of Human Nature Outline Directorate Of Education Mumbai