Breaking News
Chuma-Nwoha,Relief and Dick Tiger roads -Imo people thanks...
Law Meets Art: Legal Luminary Congregates with Nomzky...
Organic-Agribusiness Exhibition and Conference to hold in May.
Ngugi wa Thiongo Raises Ghosts of Past and...
Tokyo2020: FUTO Undergrad ‘Lizzy’ goes Down to a...
PEGASUS:How to Check Spyware that Records You with...
ISOPADEC: The Exemplary Leadership of Chief Charles Orie...
Kanye and JAY-Z reunite for new song after...
Half Nigerian Nadia Eke Emerges Ghana’s Leading Olympic...
Dr.Emma Okeson Commends NANS Ghana on their Successful...
Ogelle e-Learning will revolutionize education in Africa –...
MultiChoice Reveals Date for BBNaija Season 6
Governor Uzodinma’s Enemies Are In A Pit,yet Still...
Gov. Uzodinma Wants Politicians to Speak Against Insecurity...
Home Health Covid-19 in Nigeria the Unfolding Catastrophe and Need for Courage in Averting a National Disaster.
HealthHOTMATTERS with Cookey Iwuoha

The fact remains that humanity has no choice than to contain and defeat this silent and invisible enemy that has engaged it in a battle of wits and strategy, or life as we have known it in the past centuries will be forced into an unwilling adjustment.

Already global and continental tournaments have been adjusted to the coming years with tournaments like Euro 2020 and Tokyo 2020 Olympics having been adjusted to 2021 already, conferences , academics and worship in Churches,Mosques and other social gatherings has been brought to a halt in many nations, most of us now are prisoners in our own homes with the military and police patrolling to ensure we don’t get out of our homes on flimsy excuses.

Nations and cities are closing their borders and entrance to their neighbours and kinsmen, no one is willing to welcome anybody now as everyone is a suspect, even the rights to freedom of movement, association and expression are being inhibited by these virus as more cities are locking down and instructing people to remain indoors or face jail time and our nation Nigeria is facing the same direction as it has to, if it is to stand a chance against this war.

As early as February 10th 2020 when the situations in USA, Italy was at its barest minimal, Staff of Nigeria Ministry of Health were already stationed at the borders checking passengers leaving and entering the nation in order to detect and ascertain their temperature levels.

Anyone whose temperature is above normal is advised to disembark and run another test and if it turns positive with high fever or symptoms of the virus is traced, he or she will be reported for immediate isolation and  treatment, that was the plan,  an initiative that was commended and seen as Nigeria’s pro-activeness to a global danger that’s impact was yet uncertain.

What’s unfolding at present as the nation confirmed its first cases of the virus on 27th of February,  has rather shown that the nation was playing to the gallery then. Regardless of its early record of success with the index case which was successfully treated and the patient fully recovered and discharged among a few others, the Nigerian nation was not having enough kits to run tests until Jack Ma’s free supply arrived . 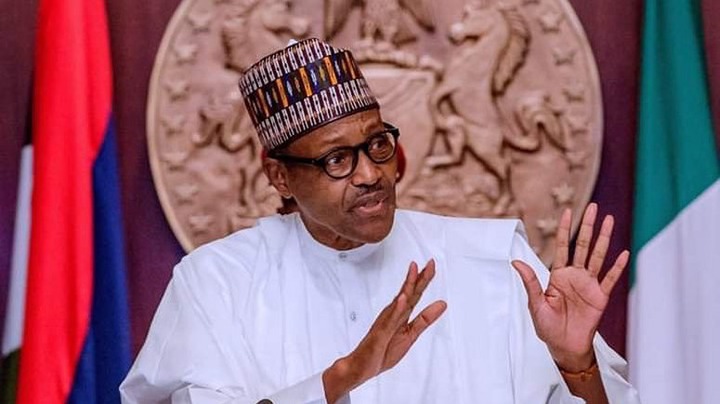 Africa’s most populous nation had carried out a paltry 262 tests for the virus as at March 25, The Cable reported citing available data they had seen. The sum is insignificant compared to South Africa which had carried out over 20,000 tests with a tally of over 1000 cases.

As at March 26, Nigeria had 65 confirmed cases with majority in the commercial capital, Lagos. The portal today reported that the Nigeria Centre for Disease Control (NCDC) confirmed a spike in testing after the donation which arrived in the country on March 24.

The donation included 20,000 testing kits, 100,000 masks, and 1,000 medical use protective suits and face shields for each African country.

Out of Nigeria’s total tally of 262 tests, 84 tests were carried out on last Wednesday alone, indicating a daily increase of 32 percent done by the end of March 25. Tests are now run in 23 states out of the initial 16.

It is apparent from the statistics available from Ghana where 195 cases emerged from over 1000 tests as well , and South Africa where over 1000 positive cases emanated from over 20,000 tests carried , that if more tests are conducted in Nigeria aimed at the targeted group of people that entered the nation from countries with high rate of this virus like UK, Italy, China, USA is going to result in more numbers of positive cases as there is no doubt that there are silent cases hibernating in the body of carriers in these category of people waiting for a test or maturity of the virus for symptoms of it to manifest.

The unfortunate disappearance of potential carriers of this virus ,am referring to those  who recently entered the nation from countries with high rate of the virus but cant be traced is  another grave concern.

Its no doubt that insecurity in Nigeria is as much a danger as corruption, and people has resorted to taking care of their safety by any means necessary which now unfortunately includes tendering of fake addresses and phone numbers to government officials like the immigration service at our points of entry , a very sad scenario.

Tracking this human group believed to be about 4 thousand persons, whom have mixed with the rest of the Nigerian population and whose tracking   is hampered because of a simple act of not writing the right addresses of their destinations and places of stay and also tendering of wrong phone numbers as well and we the people and of course the government understands the reasons why; Insecurity.

An in-coming Nigerian from abroad has legitimate reasons not trust anyone with their right addresses just for their personal safety, as few robbery cases in the past and present had fingerprint of security officials that were complicit with robbers via giving out information and details of the victims and in some cases joined the gang in the operation.

Once again Insecurity that has been haunting this nation for decades now is once again playing a huge part among the circumstances that are erratically shifting the goal post and hampering the nation’s attempt of successfully containing the virus regardless of the bravery of its health officials and first responders.

The virus which can hibernate silently in the body without symptoms for up to 14 days in the body must be running rampage in some states where people are a bit complacent on the premise that it has not been recorded in their state and who unfortunately must have come in contact with any of these returnees and are now innocently transmitting  the disease to their friends, loved ones and other members of the public they must have gotten in contact with.

Though the scale is tipping towards success as heightened preparations can be seen in Lagos the commercial hub of the African economic giant in which the state government is setting up isolation centers in Stadiums and ordered temporary shutdown of markets in the city in order to encourage social distancing and self isolation as a lock-down is expected.

Financial donations from corporations and billionaires in the nation is also rising and raising the hopes of the people and some states are already enforcing their own partial lock-downs thereby hindering inter-state movement as Rivers State and Delta State announced the closure of the state borders from vehicle and human entrance, directives like this among others should be welcomed by the people as a necessary step towards their general safety and total well being.

Avoiding Complacency Attitude of Other  States.

As of January 20th that USA confirmed its first case of Corona virus it was reluctant of taking major steps towards curtailing its spread like the rest of the world was hoping that it will just disappear over 2 months later the Unite States of America is now the most hardest hit nation with fatality cases of the virus with over 200,000 cases and more than 4,000 deaths in the U.S.— more cases than China, Italy or any other country has seen.

When the first cases was reported in Rome on 31st January as a Chinese couple who were touring the city of Rome were confirmed positive to the virus, Italy didn’t envisage the tragedy that has wrecked them emotionally and psychologically in the recent weeks. Though the Nation  has been basically brought to their knees by the virus , yet the people of Italy are showing resilience and an undying commitment towards containing and totally defeating the virus in their nation with some progress in decline in new cases noted recently.

Nigerian Government needs to watch the possible solutions and lessons from the above case studies and add its own home gown strategy towards curbing the fatality of the virus, all the earlier assumptions that the Covid-19 does not kill blacks and has problem surviving in hot weather has been debunked as just unsubstantiated theories.

The Need for Courage

Nigerians everywhere should not hesitate in reporting anyone that came from abroad within the stipulated time to government in their state for testing and those they have come in contact with because until each carrier of the virus is traced, tested ,isolated and healed this battle will continue to rage in our neighbourhood and more of our loved ones will continue to fall victims.

Panic is one thing that we do not need now as a nation, everyone has to brace up and respond with their best abilities in observing the directives already stipulated because we are at war with a common enemy ,a war we must win and can only survive when we unite our efforts against this virus by ensuring that we keep ourselves and loved ones safe.

Until everyone is safe until a cure or vaccine is founded to help the fight , there will be no victory because this war is biological and the bullets should come in medications and prevention procedures like self isolation and social distancing that shall help its containment.

Each news about recoveries both in Africa and beyond continuously light up our hearts with the needed courage to defeat our fears, let’s all have it at the back of our minds that this one too shall pass and we shall overcome.

Ngugi wa Thiongo Raises Ghosts of Past and Present at KAAAL Conversation.

Bridgestone Miracle: Officer’s wife deliver 6 babies at once, after 8 Years of Marriage.

Everything is very open and very clear explanation of issues. was truly information. Your website is very useful. Thanks for sharing.

I simply want to mention I am just beginner to weblog and actually enjoyed you’re web page. More than likely I’m likely to bookmark your blog . You certainly have excellent articles. Cheers for revealing your web-site.

I like what you guys are up also. Such smart work and reporting! Keep up the superb works guys I’ve incorporated you guys to my blogroll. I think it will improve the value of my website .