Breaking News
Ogelle Signs Creative Content Pact with Trinidad and...
Champions League is back and Journey to the...
Magu, Detained By Police In Abuja For Further...
Ghana Opposition Leader Names Woman as Running Mate...
FashionGHANA Changes The Narrative Of Supporting African Fashion...
Magu was Not Arrested but Invited for Questioning–DSS,...
DSS Arrests Ibrahim Magu the Acting Chairman of...
Hushpuppi and Mr.Woodbery, Welcome to Chicago!
Wike, Atiku, Ihedioha, Kema Chikwe, to Lead PDP...
All Is Set for the Multi Million Dollar...
Home Health Nationwide Strike Looms as Medical Practitioners Hints on Showdown with FG Over Invite to Chinese Doctors.
Health

Nationwide Strike Looms as Medical Practitioners Hints on Showdown with FG Over Invite to Chinese Doctors.

When the Minister of Health, Osagie Ehanire recently announced that an 18-man team of Chinese medical experts would visit Nigeria to support the fight against coronavirus he must have not expected the backlash that his statement on the plan of the Federal Government of Nigeria to invite Chinese doctors to take over Nigeria’s medical practitioners fight against Covid-19 would  attract to the government of the day.

The Nigerian Medical Association (NMA), Trade Union Congress of Nigeria (TUC), The Nigerian Association of Resident Doctors, (NARD) among others has vehemently condemned the decision which they say is tantamount to betrayal of the entire Nigerian medical practice and a grave insult to the nation and Africa as a continent.

The Nigerian Medical Association has released a letter today on the subject explaining their utter disappointment of those that processed the thought, idea and came to such conclusion and also called out the federal government on its  failure in providing them with adequate personal protective equipment , efficient  testing kits and the absolute lack of any insurance for the workforce whose life is on the line via attending to and treating of carriers of the Covid- 19 carriers at the isolation centers which is totally shocking. 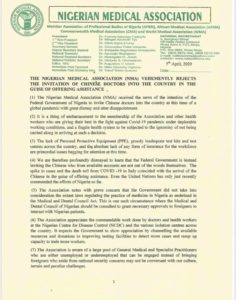 Nigerians are wondering what the billions of Naira donations from captains of industries in the nation did to support  the fight are to be used for or being used for ,if the first responders to this crisis are still left without any social safety nets on their lives, accompanied with lack of  medical equipment and supplies to assist them on the fight or is the government planning to spend the fund on the Chinese medical practitioners that they are inviting to take over the campaign against the Virus?

The 5th paragraph of the NMA Letter on the subject matter extrapolates their concern   “the association notes with grave concern that the government did not take into consideration the extant laws regulating the practice of medicine in Nigeria as enshrine in the Medical and Dental Council Act. This is one such circumstance where the Medical and Dental Council of Nigeria should be consulted to grant necessary approvals to foreigners to interact with Nigerian patients.”

In its response to the subject the Nigerian Association of Resident Doctors (NARD ) has affirmed that the step the government wants to take is illegal and is distancing themselves from it and will ensure that all their members stands down from service and also exit from their positions in their various stations that they are engaging the  fight against Covid 19 from. 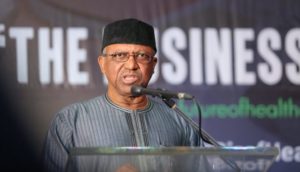 According to NARD, “Nigeria is about one-fifth of the population of the African continent and currently the world has watched with awe, the very slow rate of case fatality arising from COVID 19 in Africa and is yet to understand, explain, covet or undermine that possible genetic advantage,” it noted. The statement read further:”The Nigerian medical experts are currently winning the COVID 19 battle and should be encouraged and motivated and supported to win the war instead of distracting them with this unfortunate plan.

“In the interim and pending when item one above is fully done, NARD wishes to distant herself from the planned importation of Chinese medical experts to Nigeria in whatever guise or hood for the reasons presented in this write-up and many more,” it advised.

“NARD shall not contemplate further warning to distance herself from the Chinese adventure by way of withdrawing all her members from every public health facility in Nigeria so that the anticipated downturn in the output of Nigeria’s healthcare service delivery can be properly situated and traceable to the Chinese as is the case today in Italy.

“NARD hereby reiterates her position which was canvased earlier in the week for the Federal government to immediately and massively employ all qualified but unemployed doctors and other healthcare workers. Get them trained, insured, motivated and deployed nationwide.

The last on this subject is yet to be heard as there are possibilities of nationwide medical shutdown if FG proceeds with it Chinese medical adventure without the consent of the relevant medical practitioners stakeholders in the nation. 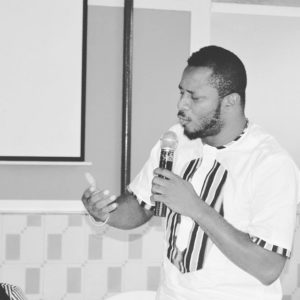 Dr. Mcginger Ibeneme who was part of the AU team that combated Ebola outbreak in Sierra Leone and very experienced in such medical engagements  has used his social media platform to vent his frustration and also reveal the internal agitations of the medical professionals for a nationwide medical shutdown.

‘’ Nigeria sent over 200 medical personnel to West African countries to help contain Ebola in 2015. They were trained by CDC , UN , WHO and so many other multinational healthcare and disaster management organizations and they had international exposure.   In their Whatsapp group I read their frustrations that the government has refused to deploy them in this campaign against Corona Virus. “He complained.

“The same government wants to import Chinese doctors.   If a single Chinese doctor sets foot into this country without NMA shutting down the whole healthcare system I’d quit my practice here . This is the most ungrateful country in the world”   the multiple honoured medical practitioner Dr. Mcginger Ibeneme who bagged a special recognition medal from African Union for his efforts in the campaign against  Ebola reiterated

Global SHEROES Union extends their Support to Obour as Controversy Over his Father’s Death Lingers.

Thank you for another informative web site. Where else could I get that type of info written in such an ideal way? I’ve a project that I am just now working on, and I have been on the look out for such information.