This year’s Holy Thursday observance day, will remain in memories of the Ghanaian public for a very long time, but for the wrong reason as one of the Nations popular TV station televised hardcore pornographic material to viewers same time the president was giving a national broadcast on the state of Covid-19 in the west African nation.

Holy Thursday is the commemoration of the Last Supper of Jesus Christ, when he established the sacrament of Holy Communion prior to his arrest and crucifixion. It also commemorates His institution of the priesthood.

The holy day falls on the Thursday before Easter and is part of Holy Week. As Christians world over and Ghanaians solemnly remembers the tragic incident of the death of Jesus Christ 2000 years ago which coincides with  the tragic situation that Corona virus outbreak has triggered globally in the world as people are shaken to their bones over the high toll of the contagious  virus and over one hundred thousand death.

Ghone TV  in their efforts to offer their viewers something different  to assuage the emotional pressure associated with  Corona virus news that is hounding everyone at this time  ,fretting  nerves  and creating tension  via switching to  their weekend relationship program rated 18 and above  known as “ Duvet  “ as a welcomed distraction spiraled out of control.

The unthinkable happened when video of interracial  couple having raw sex was aired for minutes on the station before it was taken off for the presidents national address on covid -19, but the damage was already done as viewers went on social media rampage that triggered a rave of condemnations heaped on management of the tv station. 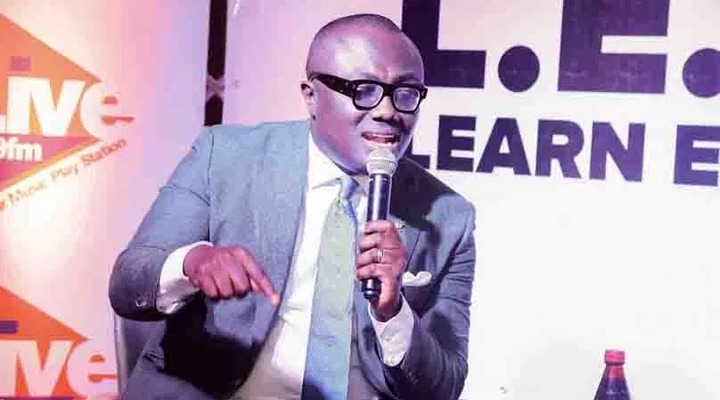 The Pros and  Cons

If the action was deliberate then the fact the entire nation was expectant to hear from the president on the nations progress against Covid-19 and   measures  being put in place by the government to lessen the burden of the partial lock-down and its economic impact on Ghanaian’s, and most importantly if the two weeks  lock-down was to be extended should have hinted to the producers that a higher  number of persons including young teenagers are likely to wait around with their parents for the national broadcast.

For this their timing at this quarantine period with everyone locked to their TV set was wrong, so the  nationwide condemnation the management of the TV Station attracted  vindicates this miscalculation.

Swift Apology from the Management

Managing Director of Ghone TV, Nana Aba Anamoah, responded swiftly with an apology to the good people of Ghana for showing adult romance on their X-rated program, Duvet.

“Ghone TV Wishes to sincerely apologise to its cherished viewers on the unfortunate turn of events regarding your favourite late night program “Duvet” a few hours ago. Even though the show is considered X-rated we concede that the nature of the content tonight was inappropriate.”

The above message as released on their social media handles indicates that regardless that the show is an X-rated one, what was shown to the public is above the expected moral content of the TV show and here comes the super vital question, was the airing of the explicit material deliberate? What’s the reaction from its ardent followers?

Viewers Response to the Scandal

When sex and relationship show, Duvet, aired on GHOne in February 2018, it was meant to be a one-off. Then it was extended to air the whole month of February. It was such a huge hit with the public and their positive feedback compelled management to make it a permanent fixture.

That decision was a good one because Duvet, which airs on Thursdays at 10pm, became one of the most watched shows on GHOne and one of the reasons why it is so is because of its raunchy and revealing angles on discussions on repressed topics about sex and romance in relationship which some believed has contributed in saving many relationship and marriages.

EIB Network the parent company of Ghone being overseen by veteran broadcast media ace Mr. Bola Ray, has been entangled in lots of skirmishes between management and staff for some time now which has led to resignations of staff, downsizing of employees to meet up with the economic demands of running such a big media empire comprising of various national dailies, TV and Radio Stations at this time of economic crunch.

Chartered social media influencer Yemmy Baba the C.E.O of Ytainment.com has alleged that there are possibilities of  EIB staff complicity in this unpleasant scenario, suggesting that what happened was a calculated conspiracy, a deliberate action to discredit  not just the TV station but its parent company as well. 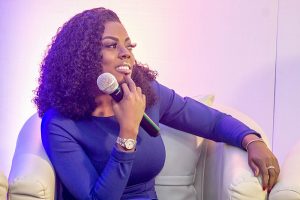 Fans of the newly promoted Managing Director of Ghone TV Nana Aba Anamoah who attained the enviable feat at 41 years of age believe that this is an orchestrated ploy to discredit her and ensure she loses her new position by group of people who are not happy of her accomplishments and would relish her loss of the office.

It is emanating from the grapevine that the show host, Ms. Nancy was not in the know of the depth of explicit content that was to pop up on her show, as it was a live show and not pre recorded, and she was not in the production room but on the set, this information is yet to be ascertained to be the fact as she until now has not made any public comment on the issue.

Blame trading and Suspicions are silently being hushed in Ghone, as its  staff and management are uneasy on  whose head will roll for this ungodly error, for sure all eyes are on office of the national communications authority of Ghana on their own decision on the issue and velocity of their penalty on  EIB Network. However it goes, Bola Ray and Nana Aba Anamoah has a lot to do in un-ravelling the intricacies surrounding this controversy , the end to this subject seems more further than close.

I conceive you have observed some very interesting details, appreciate it for the post.

I just want to tell you that I am new to blogging and site-building and absolutely savored your website. Most likely I’m want to bookmark your blog . You absolutely have excellent articles and reviews. Kudos for revealing your web page.

Watch Willo’s ”HMMM” that is Poised...

Doctors restarted a man’s heart after...