Breaking News
Ogelle Signs Creative Content Pact with Trinidad and...
Champions League is back and Journey to the...
Magu, Detained By Police In Abuja For Further...
Ghana Opposition Leader Names Woman as Running Mate...
FashionGHANA Changes The Narrative Of Supporting African Fashion...
Magu was Not Arrested but Invited for Questioning–DSS,...
DSS Arrests Ibrahim Magu the Acting Chairman of...
Hushpuppi and Mr.Woodbery, Welcome to Chicago!
Wike, Atiku, Ihedioha, Kema Chikwe, to Lead PDP...
All Is Set for the Multi Million Dollar...
Home Uncategorized Lockdown; Residents Complain Sudden Rise of Crime in Communities, See the Affected Areas in Lagos
Uncategorized

Residents of some Communities in Lagos State has besieged their facebook pages to complain and draw nationwide attention to the sudden rise of crime in their neighbourhoods, this started on Saturday evening when Mr. Sunday Oguntola one of the editors of the Nation newspaper Nigeria complained on his wall.

“ Boys are Angry ,they have taken to daylight robbery, panic everywhere, so many guys we see on our streets are armed robbers. The lockdown has exposed them. They have access to weapons to dispossess people” he wrote

The veteran media practitioner went ahead to reveal that the whole of Ahmaddiya and Ijaye area are on siege by hoodlums  who repeatedly waylay people and dispossess them of their cash and valuables in broad day light.

His message triggered a wave of comments as people commented on his post disclosing the crime challenges they have in their communities Mr Ahonkai Victor who revealed reveal that the armed robbers are having a free day in Oshodi under bridge, Coker road, Town planning way, also  disclosed that he has personally intimated Mr.Gbenga Omotoso the Lagos State Commissioner for information on the issue on the 7th of April and that the commissioner has promised to communicate the info to the appropriate quarters.

Another user added that in Adiyan, Gas line, Matogun areas that people are in panic mode as there seems to be no police presence at all while the daylight robbers are plying their illicit trade without caution and that the situation is worse in the Lagos satellite communities. 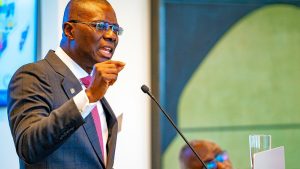 Punch Newspaper on the 11th of April   also there was unrest in the Alimosho and Ifako-Ijaiye Local Government Areas of Lagos State on Saturday afternoon as hoodlums took to the heavily residential areas to rob citizens and loot shops in the local markets.

The PUNCH gathered that some shops in the Jankara market in the Ifako Ijaiye Local Government Area were looted by the hoodlums and that residents of Meiran and Agbado witnessed the presence of the hoodlums, who carted away prized items.

Confirming the incident, Lagos State Police Public Relations Officer, Bala Elkana, said that arrest is being made in respect to the crime.

He said, “Those social miscreants create a scene and pretend to fight each other but we have deployed our officers round to deal with them.

“A lot of arrests have been made and I will give more updates as soon as I get further reports.

“We are working with the Ogun State Police Command on that and operations is ongoing.

“Some of the affected areas fall under Ogun and Lagos but we are working with the Ogun Division already because crime has no boundary.”

With the recent spike of criminal activities, the people are finding it very hard to welcome the new development in their communities and this  is a very tough call for the government. If they relax the lockdown so that economic activities will resume which the people in the affected communities believe will magnanimously curtail the spate of robbery, it will ultimately allow the virus to spread to an unimaginable level.

While extending the lockdown as expected by the citizens will be harsh to Nigerians and equally endanger the people’s lives by these hoodlums who are desperate for survival at the expense of the general public.

The only way out is for the security operatives to rise to the occasion and provide adequate security measures to ensure the safety and  protection of the people as they lockdown in their respective homes as this is one of their deserved right from the government of Nigeria.

The people are equally optimistic on the capability of the government of Governor Sanwo Olu of Lagos State to handle the situation based on the antecedents and efficiency of his government  which drawn wide support and commendation for their ingenuity in engineering solutions to issues in the state so far.

I will immediately clutch your rss as I can not find your e-mail subscription link or e-newsletter service. Do you have any? Please allow me understand so that I may subscribe. Thanks.

I simply want to tell you that I’m newbie to blogging and site-building and really savored you’re web site. Very likely I’m want to bookmark your site . You certainly have perfect articles and reviews. With thanks for revealing your blog.