Breaking News
Magu, Detained By Police In Abuja For Further...
Ghana Opposition Leader Names Woman as Running Mate...
FashionGHANA Changes The Narrative Of Supporting African Fashion...
Magu was Not Arrested but Invited for Questioning–DSS,...
DSS Arrests Ibrahim Magu the Acting Chairman of...
Hushpuppi and Mr.Woodbery, Welcome to Chicago!
Wike, Atiku, Ihedioha, Kema Chikwe, to Lead PDP...
All Is Set for the Multi Million Dollar...
Thiago Alcantara On his way to Liverpool for...
Tension in Ghana Market Over the Arrest of...
Home Health Senate asks FG to suspend deployment of 5G network in Nigeria
Health

The Senate on Tuesday directed the Federal Government to suspend the planned deployment of the Fifth Generation Network in Nigeria. The Senate resolution is sequel to a motion on the present status of 5G Network in Nigeria.
The motion was sponsored by Sen. Uche Ekwunife (PDP Anambra), who in her lead debate said there were growing concerns on the on-going discussion about the current status of 5G network in Nigeria, especially in regards to the question, ‘if Nigeria is presently connected to 5G.’
She said there were further concerns by some scientists and medical experts that emission from 5G towers could adversely affect the health of citizens by causing symptoms like damage to the eyes and immune systems, among other adverse effects. 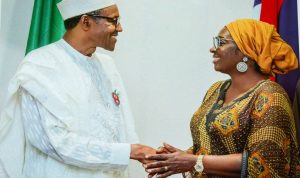 She, however, said that 5G network has also been reported to hold a lot of promises for mobile broadband services because of its faster speed and better capacity. She expressed concern over the uncertainty surrounding whether or not the 5G network has been launched in Nigeria will continue to fuel the speculations and rumours concerning the deployment of 5G network and its faster effect on the citizen of Nigerian.
She said that several countries, including Switzerland, one of the world leaders in the roll out of 5G mobile technology has placed an indefinite moratorium on the use of 5G network because of the health concern. She said that it was important to investigate the status of 5G network in Nigeria to ensure that Nigerian citizens are not exposed to unreasonable risk of great bodily injury or harm.
The Senate in its other resolution directed the concerned committees to also investigate the technological impact of the network on Nigerians and report back to plenary within two weeks.
The red chamber, however, asked the relevant federal agency supervising the ICT operations in the country to suspend the 5G deployment until a thorough probe to determine its suitability for human health had been achieved. VANGUARD

I have recently started a website, the information you provide on this website has helped me tremendously. Thank you for all of your time & work. “The man who fights for his fellow-man is a better man than the one who fights for himself.” by Clarence Darrow.