British based Disc Jockey Calvin Harris has revealed how doctors stepped in to save his life after his heart stopped in 2014.

The DJ revealed the major health scare on Twitter last night (May 19) as he described 2014 as an “interesting year.”

Explaining how his heart stopped and he was resuscitated, Harris wrote: “Interesting year for me 2014, started with me knocking myself off number 1 in the UK and ended with my heart getting restarted in the ER.”

He was responding to a video posted by a fan of his Electric Daisy Carnival set in 2014.

In the same year, he reached number one with ‘Summer’, while his fourth studio album, ‘Motion’, debuted at number two in the UK charts and number five in the US.

Interesting year for me 2014, started with me knocking myself off number 1 in the UK and ended with my heart getting restarted in the ER…this sort of stuff happened in between https://t.co/BS0JqXmyhY 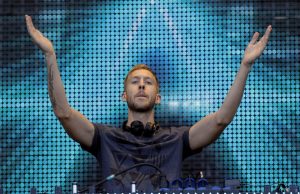 Harris also pulled out of a scheduled appearance at the 2014 MTV EMAs and cited heart problems for his absence.

He later confirmed he had been diagnosed with arrhythmia, a heart rhythm problem which affects two million people in the UK.

The diagnosis led him to give up alcohol, with Harris claiming it made a “noticeable difference” to his lifestyle.

In 2018, Harris also revealed that he used to live off whiskey and Greggs pasties during his early years as a live vocalist and DJ.

Responding to a fan who asked why he doesn’t provide vocals anymore, he replied: “The last thing I want to do is down 2 bottles of Jack Daniels a night, live on Greggs pasties and sleep on an absolutely stinking bus all year, scream down a mic for 55 minutes and pretend to play a keyboard 5x a week those days are behind me son.”

Meanwhile, Harris has been spending the first half of 2020 sharing tracks from his new project, ‘Love Regenerator’.

Valuable information. Lucky me I found your website by accident, and I’m shocked why this accident did not happened earlier! I bookmarked it.

Hello From the Other Side: the...

ALUKO’S RESIDENCE: A Must Watch Comedy...