The Lebanese Government has stopped issuing work visas to Nigerians visiting Lebanon to take up jobs as domestic workers due to the rising incidences of human trafficking in the Arab country.

The Lebanese Ambassador to Nigeria, Houssam Diad, disclosed this in Abuja on Thursday, during a meeting with the Chairman, Nigerians in Diaspora Commission, Abike Dabiri-Erewa.

He said the policy which took effect on May 1, 2020, would address the abuse and violation of rights of workers “as Lebanon takes these issues seriously”.

A number of Nigerian ladies had been trafficked to Lebanon by a syndicate with promises of lucrative jobs, including an Oyo State indigene, Busari Peace, who was put for sale on Facebook for $1,000 by her trafficker, a Lebanese national. 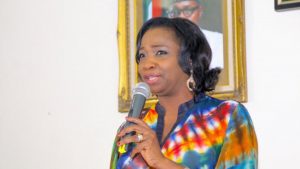 She was subsequently rescued by the Nigerian Mission in Beirut and her captor arrested.

On May 24, 69 trafficked and stranded girls were evacuated by the Lebanese government to the country.

Commenting on the repatriation, the Lebanese envoy stated, “Sixty-nine out of the 79 Nigerians who suffered one form of abuse or the other in Lebanon were evacuated at the expense of the Lebanese Government and the Lebanese community in Nigeria.

Statistics On Rape and Incest: Why Anambra People Deserves an Apology from Punch Newspaper.

Statistics On Rape and Incest: Why...