The National Working Committee (NWC) of the PDP Friday appointed the Rivers state governor, Nyeson Wike, as the Chairman of the Edo state governorship campaign council. 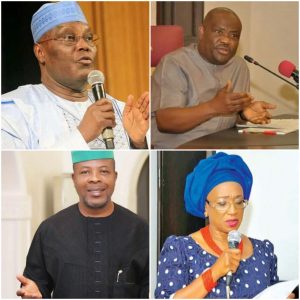 The governor of Adamawa state, Ahmadu Fintiri, was appointed as the deputy chairman of the Edo state PDP governorship campaign.

Gov. Godwin Obaseki will be flagging the party’s flag in the 19th September Edo guber election.

Call for Papers on Why Peace and Nuclear Disarmament Matters now.

Egypt to send troops to Libya

Security Beefed up at N’ Assembly Over Power Tussle

Call for Papers on Why Peace...