Adegboye on behalf of the family said Arotile left home after receiving a call from a senior officer, who asked her to come to the Air Force Base but that she felt reluctant to go. 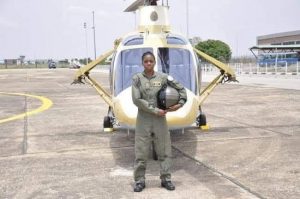 One hour later, the young lady was pronounced dead, her sister said.

She wondered how a car in reverse mode could kill her sister, adding that the family was not yet convinced of the circumstances that led to her death.

Adegboye in an interview with PUNCH, said, “We in the family are not convinced that Tolu can just die like that in a freak accident. I know that the military is well trained in the art of investigation, we want them to carry out a thorough investigation that can convince us beyond all doubts that the incident that led to her death was real.”