Italian media strongly believe that Messi could join Inter
Inter are dreaming of Lionel Messi and there is confidence in Italy that the club could pull off such an operation.

The No.10’s current Barcelona contract runs until 2021 and reports in Italy are claiming that he could switch blue and red for blue and black next summer. 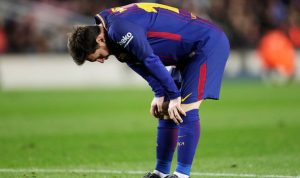 According to La Gazzetta dello Sport, Inter‘s Chinese ownership are determined to push for Messi.

“It is possible and Suning are preparing for a lengthy pursuit of Messi,” a headline in the newspaper reads.

The fact that Jorge Messi, the player’s father, is moving to Milan is also sparking transfer chatter – even if this relocation is said to be for business reasons.

Juventus‘ acquisition of Cristiano Ronaldo is said by La Gazzetta dello Sport to be one of Inter‘s motives as they are determined to respond.

Premier League Confirm Changes to Next...

Champions League is back and Journey...