The Comptroller of NIS in the state, Mr Okey Ezugwu, disclosed this to the News Agency of Nigeria (NAN) on Monday in Calabar.

He said the suspect was arrested on Aug. 8 in Yahe border post, Yala Local Government Area of the state.

He explained that the suspect was arrested through the effort of officers and men of NIS, checkmating irregular migration into the country. 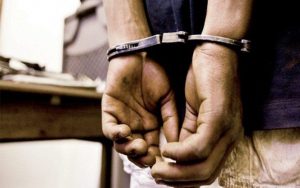 “The efforts of officers and men of NIS in Cross River paid off over the weekend when officers at Yahe border patrol base of the state, apprehended a Cameroonian migrant, Kouaha Dieudonne, 42 years.

“Kouaha was apprehended on Saturday, August 8, 2020, for being in possession of seven multiple standard passports.

“The vigilance of officers was brought to bear when it received an intelligence report of the suspect’s movement after he had cut off all immigration formations including the border base through the bush paths.

“He was then trailed to a location within Yahe in Yala LGA, where he was eventually apprehended,” he said.

The state comptroller warned migrants to be wary of fraudulent activities while in the country.

He also warned youths and community leaders, especially those within the border areas, to desist from collaborating with irregular migrants in their bid to enter the country.

A new Sheriff emerges in the Southeast Hospitality Industry.

ISOPADEC: The Exemplary Leadership of Chief...