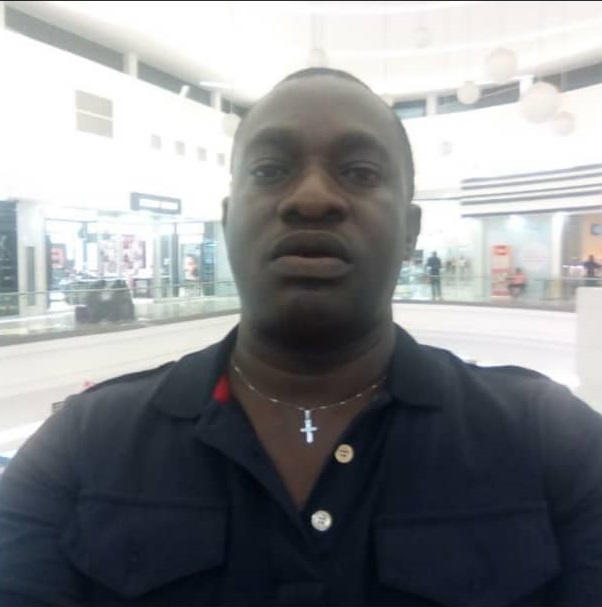 A former detainee of Okotie eboh detention facility of EFCC in Ikoyi Lagos State has fingered one Izuchukwu Odili C.E.O of Vivid Concept and Crystal Imagination limited all in Abuja, of scamming him of the sum of Two hundred thousand naira. While in detention Mr. Nwoha reached out to his friends to assist him with a lawyer or any means of meeting his stringent bail conditions in order to leave the detention on administrative bail since it was taking time for the commission to finish their investigation in order to charge him to court or acquit him from the petition.

The Imo State born Abuja Government contract hunter told one of Nwoha’s contact that he knows a certain GO who he claims is the head of the legal dept of the Abuja office of the EFCC and that the GO has looked into the issue and needs the sum of Two Hundred Thousand Naira to facilitate and speed up Nwoha’s administrative process which he claimed the GO (name withheld) can  do with just a call to his colleagues, Mr. Iwuoha requested for Izuchukwu Odili’s number who had  already been linked to Iwuoha cousin who effected the transfer of the said sum installmentally to him, the recipient and the paying account information has been tendered as exhibits alongside recorded conversations that were made available as well.

Mr. Nwoha also called him from detention after waiting for days and having not met any sureties for his bail during one of the occasions that he was granted permission to make call which he has indicated the time and day of the said call which is an information that the commission can also corroborate through the communication network that they used in the communication, while on the said call Izuchukwu Odili told him that 3 sureties had come to the Office but one came without his certificate and qualifications while other two didn’t meet the grade required.

Nwoha asked his Investigating Officer if anyone had come to inquire for his bail or submitted any documents which he got a negative answer to, he told his cousin to clarify issues with Izuchukwu Odili who then switched off his pone and weeks later put it on and refused responding to calls from Iwuoha and his family members.

EFCC Bows to no outside pressure against following their laid down procedure.

Nwoha luckily has been granted bail since November 19th 2019 and he commenced the manhunt for Izuchukwu Odili who is still in Abuja but hiding from the people that connected him to Iwuoha and has refused responding to his calls and messages, Iwuoha was swift in decoding the scam strategy of Izuchukwu Odili because the EFCC officers always warn them against playing along with people that will promise them of paying money for swift release , because the commission must go through its rigorous process on every case before getting to the decision of granting the suspect bail or charging him or her to court and no amount of power play or persuasion will get the commission to act other wise because this is their laid down procedure.

Now Nwoha is leading the manhunt to recover his funds from Mr. Izuchukwu Odili ,which he started by informing his Investigating Officer (I O ) in Lagos ,who advised him on the process, which was slowed by the Covid-19 pandemic ,now after 1 year and 9 months,he has finally followed the process through to Abuja and is commencing the preparation to finally effect the invite or arrest of Izuchukwu Odili.

Nwoha has reportedly gone public with the issue a long time ago, in order to sensitize other people in EFCC detention not to fall for the scam as him and a lot of detainees has already experienced the fraud  and exchanges sorrowful stories in the cell on how some heartless Nigerians including some lawyers are defrauding people in detention in the guise of helping to fasten their release.

The EFCC do not take it light with people that brings the name of the prestigious outfit to disrepute, by using it in fictitious means for defrauding members of the public and are eager to use Izuchukwu Odili as an example on how serious the outfit takes issues related to guarding its name and image.