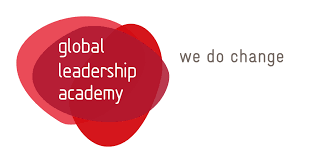 The RAC is a co-creation of the Global Leadership Community Africa, GLAC Africa, the Bosch Alumni Network, Lift up Africa, and brings together leaders from Africa and the Diaspora to engage in Key African issues, collaborate and innovate to tackle common African challenges.

The event is aimed at assessing new models for peace building in fragile and conflict affected countries. The RAC roundtable is built on Peace, security and Migration issues in Africa, exploring emerging threats to human security in Africa.

The Academy is collaborating with Bradford University in the United Kingdom this time, alongside illustrious societies like the Bradford Chevening Community, Bradford Rotary Peace Center, as well as JEFCAS and The Peace Society to host Rethinking Africa Convention this 13th of July 2021, on the theme:  Rethinking Peace and Democracy in Sahel a Tinderbox .

The Rethinking Peace and Democracy in Sahel aims to create space for exchange on peace building approaches and practices in Mali, assess the challenges and issues faced by Key stakeholders, UN, Government, regional actors and CSO’s to stop the violence, insecurity, terrorism, state fragility and other challenges being  faced by Mali.

The round table will address the gaps in expectations for peace, and bring together voices of researchers and practitioners , on approaches that have the potential to stabilize Mali and the region, and promote collaboration in peace building and conflict resolution.

The virtual and onsite event aims at creating space for reflection on a real-life scenario on challenges of democracy and state building in conflict affected countries , and will seek to engage peace actors and scholars on the following aspects:

SSR and the role of the military in Malian politics

Power-sharing and the Malian crisis

The regionalization of the Malian crisis

The limitations of liberal peace

GLAC-Africa and its cohorts ,are raising questions and seeking answers on how Mali, a nation that was considered a model of democracy in west Africa from the end of the cold war till less than 10 years ago, spiraled out of control amidst military coups and pockets of violence from insurgents in the last few years.

Mali as a nation rich in culture and glorious history, being pivotal in most of the educational and social accomplishments of humanity and black Africa in the past centuries,  is in a fragile state at this time, a situation that has potentials to equally endanger the peace and harmony of its neighbouring nations, as it shares border with 6 African nations namely; Algeria in the North, Niger in the East, Burkina Faso and Cote ‘d Ivoire in the south, Guinea in the South West ,Senegal and Mauritania in the West of its borders.

The socio-economic consequences of the volatility in Mali to the Sahel if unchecked sooner than later, cannot be adequately estimated or quantified, this is why GLAC-Africa is leading the discourse and incorporating assistance of others as partners, to ensure that the journey towards the peaceful resolution and restoration of harmonic coexistence of all the people in the Sahel region of Africa begins now.

The event has All Africa Media Network, Bosch Alumni Network, The Gender Alliance, Social Lab for Development, and the Salt House Institute for inclusive governance and sustainable development as partners.