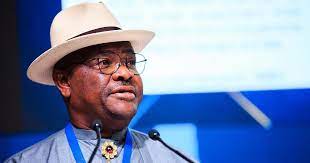 According to Wike, who spoke in an interview on BBC News Pidgin, the PDP is a better political platform for the ex-President to run for the 2023 Presidency if he chooses to.

Wike warned Jonathan not to be enticed by moves by the APC to lure reputable members of the PDP, adding that the ruling party is offering nothing but destruction.

“If I see the former President, I will tell him what I heard. I will tell him, ‘Don’t go anywhere because these people want to destroy your reputation. They don’t like you; you should know.
“What APC is doing now is to bring reputable people from PDP, and when they bring them, they destroy them so that they won’t have anywhere to go again. That’s what the APC is doing.

“I respect the former President because he is a man of integrity but if I am to advise him, I will tell him, ‘Sir, don’t make that mistake. If you want to run for President, run under PDP. Nigerians cherish you more than this government. They have seen that all the things the (Buhari) government promised them are lies. So, please don’t join the APC for the sake of your reputation.’

“He (Jonathan) has the right to decide whatever he wants to do but like I said before, if my former President runs for President in APC, I won’t be able to vote for APC in the election because that would be anti-party but if he runs in PDP, I will work to ensure he wins the election,” Wike said.
Jonathan lost his reelection in 2015 to Muhammadu Buhari.

Though out of Aso Rock, Jonathan has been working closely with the incumbent in his role as Special Envoy of the Economic Community of West African States.

With the 2023 elections fast approaching and the clamour for power shift to the South, Jonathan, who has the legal right to one more term as Nigeria’s President as the constitution permits all eligible Nigerians to be in office for two terms of eight years, has been receiving entreaties from the APC.
Some APC chieftains had visited him in recent times, raising the stakes in permutations for the 2023 general elections.

Of late, with the wave of defections swinging in the direction of the ruling party, the National Secretary, APC Caretaker, and Extra-ordinary Convention Planning Committee, John Akpanudoedehe, recently said Jonathan would be given an opportunity to contest the 2023 presidency on APC platform “if he chose to join the ruling party.”
However, the former President is yet to respond to the entreaties.