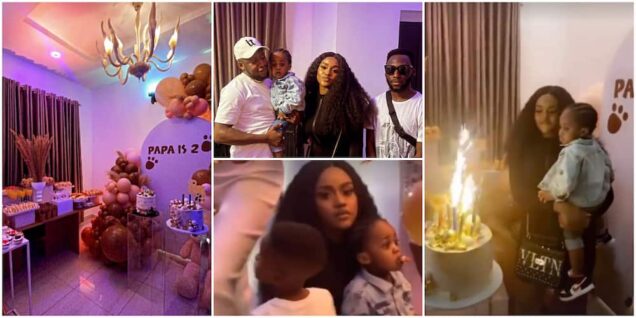 Nigerian Singer David Adeleke with the stage name Davido has shunned the birthday party of his son organized by his former lover and babymama, Chioma Rowland.

Recall that Naija News reported that the singer celebrated his son as he turned two and prayed for blessings on him.

He had written: “Happy 2nd Birthday to my loving son David Ifeanyichukwu Adedeji Adeleke!!! You will grow to be greater than me Amen! You will grow to make all of us proud!!! Stubborn!! Daddy LOVES YOU SO MUCH, OSUN BOY.”

However Chioma took to her Instagram story to share pictures and videos of their son’s birthday with Davido conspicuously missing.

The singer who is known for attending his children’s birthday party was missing from his last child’s birthday.

Davido and Chioma were once engaged to be married but it seems the relationship did not go well as they quietly called off the engagement and refused to make any public statements.