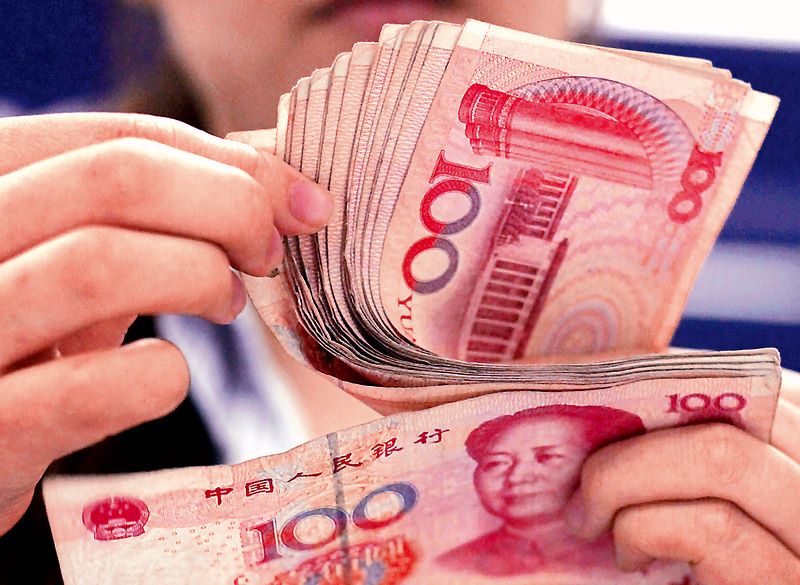 China’s rich aren’t sleeping well these days. As President Xi Jinping’s campaign to redistribute income gains momentum, the wealthy are on the defensive, deleting social media profiles and moving money around with an eye toward the next crackdown.

The new emphasis on protection is a shift for the upper classes, who have for years benefited from stellar economic growth and a relaxed official attitude to personal fortune. The country created a new billionaire every week in 2021, bringing the total to more than 750 — more than India, Russia and Germany combined and just behind an estimated 830 in the U.S., according to the Bloomberg Billionaires Index.

Now the mood has changed. Officials have offered assurances that the common prosperity drive isn’t about “robbing the rich”, but wealth managers say the push to narrow China’s gaping wealth gap has alarmed the country’s upper echelons.

Central to their anxiety is uncertainty about what the rhetoric means in practice and where it will go next. So far Beijing has imposed limits on a range of industries and work practices, inspired a raft of philanthropy (which it sees as another form of wealth redistribution); authorities are openly mulling a new property tax.

“A few years ago, people were only concerned about how to invest,” said Echo Zhao, a partner who advises the ultra-wealthy at Shanghai SF Law Firm. Now they’re no longer eager to take chances.

n one sign of growing tension, all the financial advisers who spoke with Bloomberg for this story asked to remain anonymous due to the extreme sensitivity of the topic.

One first step is to simply try to avoid unwanted attention, particularly on social media, wealth managers say. Over the past year, armies of online users have used social media posts, sometimes years-old, to attack celebrities, scientists or anyone else seen as disloyal to China. The mobs are often encouraged, if not explicitly deployed, by government agencies.

The founder of food delivery firm Meituan, Wang Xing, lost $2.5 billion after a cryptic social media post was interpreted as a critique of the government. Actress Zheng Shuang came under investigation for tax evasion and was ordered to pay 299 million yuan ($46 million) after a surrogacy scandal broke out on social media.

Not long ago, it wasn’t unusual for China’s richest to know the exact weight, in kilograms, of 1 million yuan in Hong Kong dollars, a reflection of the common practice of exporting cash across the boarder. Strict capital controls limit citizens to $50,000 of foreign currency annually, so the country’s wealthy have long found workarounds to park their assets overseas.

New rules — and the Covid-19 pandemic — have made that harder. Border closures and quarantine policies have curbed opportunities to leave China, with or without a suitcase full of cash. Beijing has also made it illegal for Chinese people to trade crypto, which had become a newly popular way to move money abroad.

That’s led to a surge in demand for underground money changers and a corresponding increase in cost. Private bankers say some clients complain of paying commissions of up to 20%, compared with single-digits a year ago.

For those who want to do it themselves, there are still peer-to-peer transfers, where technically no money crosses the border. Usually facilitated among a network of business associates, one person makes a domestic transfer to someone inside China, who then moves an equivalent amount of money from his overseas account into the overseas account of the first person.

Right now, China doesn’t tax inheritances, but the wealthy worry it’s only a matter of time, according to a senior private banker.

That concern is raising interest in family trusts, structured to facilitate passing on wealth and to separate and protect assets. Established nearly a decade ago, assets in trust could hit more than 10 trillion yuan ($1.6 trillion) by the end of this year, according to an estimate from China Merchants Bank.

But it’s unclear how much protection trusts can actually offer because they’re so new, according to a Beijing-based trust manager. To shore up the claims of protection, he tells clients to retain as little control as possible over any assets in the trust. That can be hard for entrepreneurs if they want to include equity.

Given the uncertainty of domestic options, there’s been “a fairly steady hum of interest” in offshore trusts, said Peter Ch’ng, who leads law firm Conyers’ Asian private client and trust practice. The Cayman Islands, Bermuda, the British Virgin Islands and other places that protect financial assets from foreign legal challenges are popular.

For domestic investors, common prosperity brings uncertainty, said Adrian Zuercher, head of global asset allocation at the UBS Global Wealth Management Chief Investment Office. “We are cautious on areas that are less strategic and advising clients to look into renewable energy and electric vehicles, areas that will benefit given the policy focus on innovation and green tech.

”Advisers are also pushing Chinese clients to increase their international exposure. In China, like elsewhere, many investors’ portfolios are over-allocated to domestic companies. Chinese exchanges account for roughly 10% of global stock market capitalization, but one global private bank estimates that its Chinese clients “hold somewhere between 30% and 50% of their assets in their home market.”

International exposure can also be seen as a hedge against domestic economic shocks or continued turbulence in China’s property market, which for urban households makes up a staggering 70% net worth.