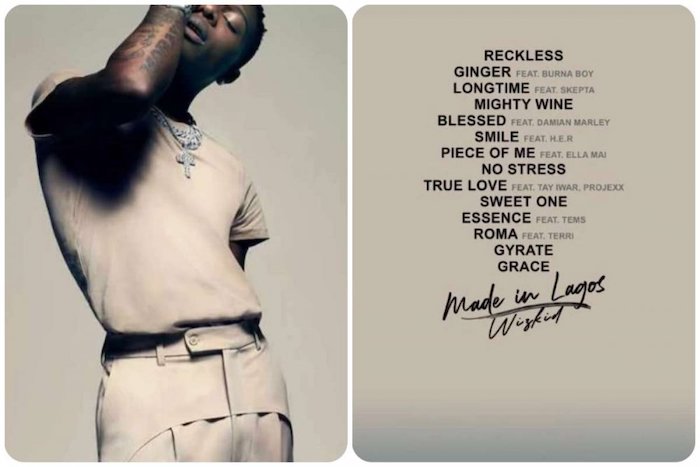 Since its release, the album has thrived and maintained its popularity among fans all over the world. It has gone from strength to strength over time, and it has also remained relevant as time has gone by.

‘Made in Lagos’ is Wizkid’s fourth studio album, it includes songs like Reckless, Ginger, Longtime, Blessed, Smile, and other tracks like the internationally famous song ‘Essence’.

Some of the aforementioned songs on the album include featured artists from different parts of the world as well as their different genres, it features artists like Ella Mai, Damian Marley, Skepta, Tems, BurnaBoy, H.E.R, and other famous artists.

The Made in Lagos anniversary comes at a time when Wizkid is a major contender for a possible 2022 Grammy nomination.

In a recent interview with RollingStone Magazine, Wizkid discussed his smash hit ‘Essence’ which featured Tems, alongside the Justin Bieber remix.

When asked about the vision behind the famous song, he said “There was no vision. … I remember that day. I had, like, six producers in the room. I was recording the last song on the album, and, yeah, Tems came in the room; we made that together. It was just easy, man.”

The song topped charts worldwide as one of the best songs of the summer.

Rollingstone predicted that the hit song could potentially gain a Grammy nomination.