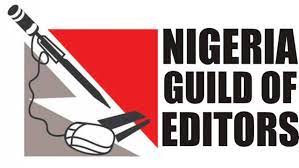 The Nigerian Guild of Editors (NGE) has received $226, 889 (equivalent of about N93.3m) from the United States, through its embassy in Nigeria, to facilitate activities aimed at strengthening the capacity of its members.

NGE President, Mustapha Isah and the General Secretary, Iyobosa Uwugiaren, in a statement Sunday, said the capacity building would include training programmes for editors and other senior journalists on Press Freedom/Democracy as well as town hall meetings on media regulation framework.

The NGE said the capacity building conferences, which would hold in the six geo-political zones, were to provide a platform for editors to be reminded of the sacred and constitutional duties.

The Guild said the project would also strengthen its website to meet up with the demands for news alerts on media violations, public feedback and complaints on allegations of malicious media reportage.

It said the town hall meetings component of the project would provide a huge opportunity for stakeholders to assess media performance in consolidating Nigerian’s democracy and outline an agenda for the future.

The NGE said it had also planned strategy meetings with Newspapers Proprietors Association of Nigeria, the Nigeria Union of Journalists and other media-focused NGOs on framework for self-regulatory for Nigerian media.

“From the timelines of the project, the South-west conference and the town hall meeting will hold in Lagos between December 2 and 4,” it added.