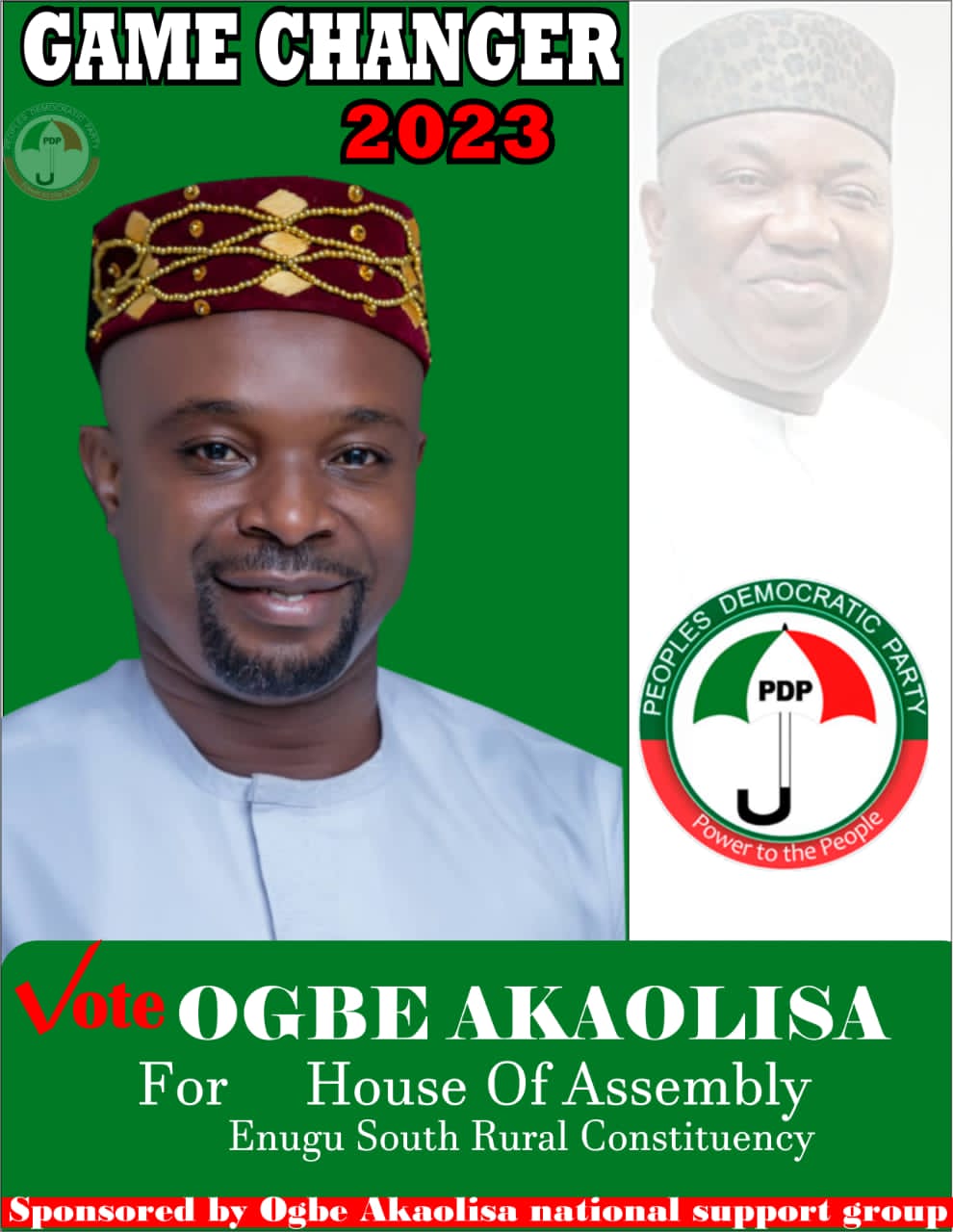 First of all,Glory to the almighty God for his blessings and mercy,for without him who are we.

We thank him immensely for sparing the dear life of our brother, Mr Akaolisa Ogbe,a PDP State House of Assembly aspirant from Maryland Ward 13 Enugu South,a gentle and kind young man whose only crime was to have shown zeal and burning passion to serve and represent his people.

He was attacked and shot yesterday evening,Saturday 16th of April at Amechi

He expressed interest to vie and represent his people,Enugu South Rural in the Enugu House of Assembly elections coming up in 2023.

Ever since picking the PDP intent form,he has embarked on consultations and courtesy visits to political stakeholders and wards of his people where he shined like a star he is. Expressing his good intentions of representing the people with undue simplicity and humility.Impressing the people, whom saw in him; a man with a clean heart that simply wanted to serve.Expending his personal resources on this project without having no backing nor strong ties to any political Godfather.

Is this his crime or enough reasons to now be targeted for assassination.

He was trailed in gestapo style,was blocked at a Petrol station and shot in point blank range as he had just left the house of his Uncle,a prominent stakeholder who had warmly recieved him.

He had earlier consulted and  visited meetings of several wards in his constituencies.

But to the Glory of the almighty he miraculously survived.

Ndi Enugu,Is this the kind of Politics we want?

Ndi Enugu,are we going to burn everything down in our stake or quest for power?

Must we shed the blood of our kinsmen;innocent men,women and children all in a bid to secure selfish interests.

Because with this kind of thing happening,it means violence and bloodletting will come to an alarming height in a build up to the polls.

With this,we call on the Government to quickly intervene and put a stop to this dangerous menace from rearing it’s ugly head in Enugu,a known peace loving state where he the Governor has invested and done so much in terms of security.

We also call on our beloved brothers of Enugu state,let us be our brother’s keeper,let us show love to one another.

Politics is not a do or die affair.

Let us shun violence,but rather seek bridges to fill in gaps in local and Urban development.