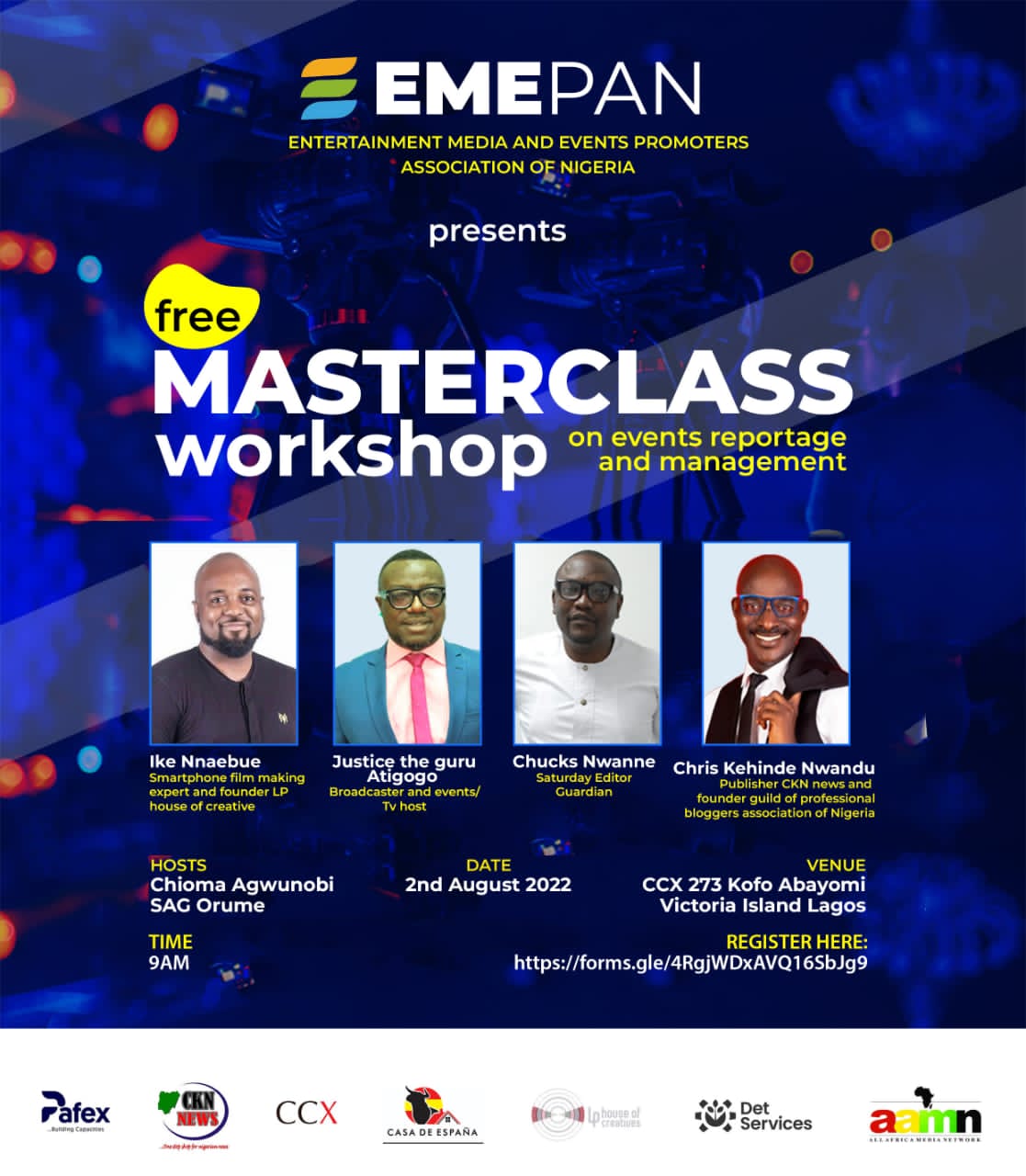 The Entertainment Media and Events Promoters Association of Nigeria ( EMEPAN) which was born out of the quest to give the entertainment writers, reporters and event promoters, their rightful due in the entertainment industry, that has eluded them over the years.

Their contribution to the growth and glamour attached to the media industry is unequaled, but they are the least appreciated and celebrated.

EMEPAN was officially registered with the Corporate Affairs Commission (CAC) in the year 2017, with the likes of seasoned journalist and group Political Editor of the Thisday newspaper, Nseobong Okon Ekong and the Vice chairman of the Nigeria Bar Association (NBA)  Lagos State Chapter Okey Ilofulunwa esq, as founding members, alongside other notable industry players.

Amaobi Madu the director of communications of the association affirmed that the founding members and the team members  has been working behind the scene over the years and have decided to officially unveil it’s vision and programmes to the public.

As a build up to its numerous developmental projects, EMEPAN is organising a free Master- class Workshop on events reportage and management for the young industry practitioners, with reputable industry players as resource person’s. The chosen resource persons to the workshop will share their wealth of experience and ideas with this passion driven youth’s, who are yearning for such.

It will be a very huge privilege and opportunity for the youths who new entrants in the sector, to have one and one session with industry egg heads etc, that will inspire and motivate them to exhibit professionalism while rendering their service to society.

The workshop is slated on the second day of August this year at the CCX Premium Bar and Event Center at 273 Kofo Abayomi Street Victoria Island Lagos State, Nigeria. Other lined up programmes that will engineer tremendous change in that sector of the Entertainment Media and Event Promotion practitioners  will be properly unveiled at when due.