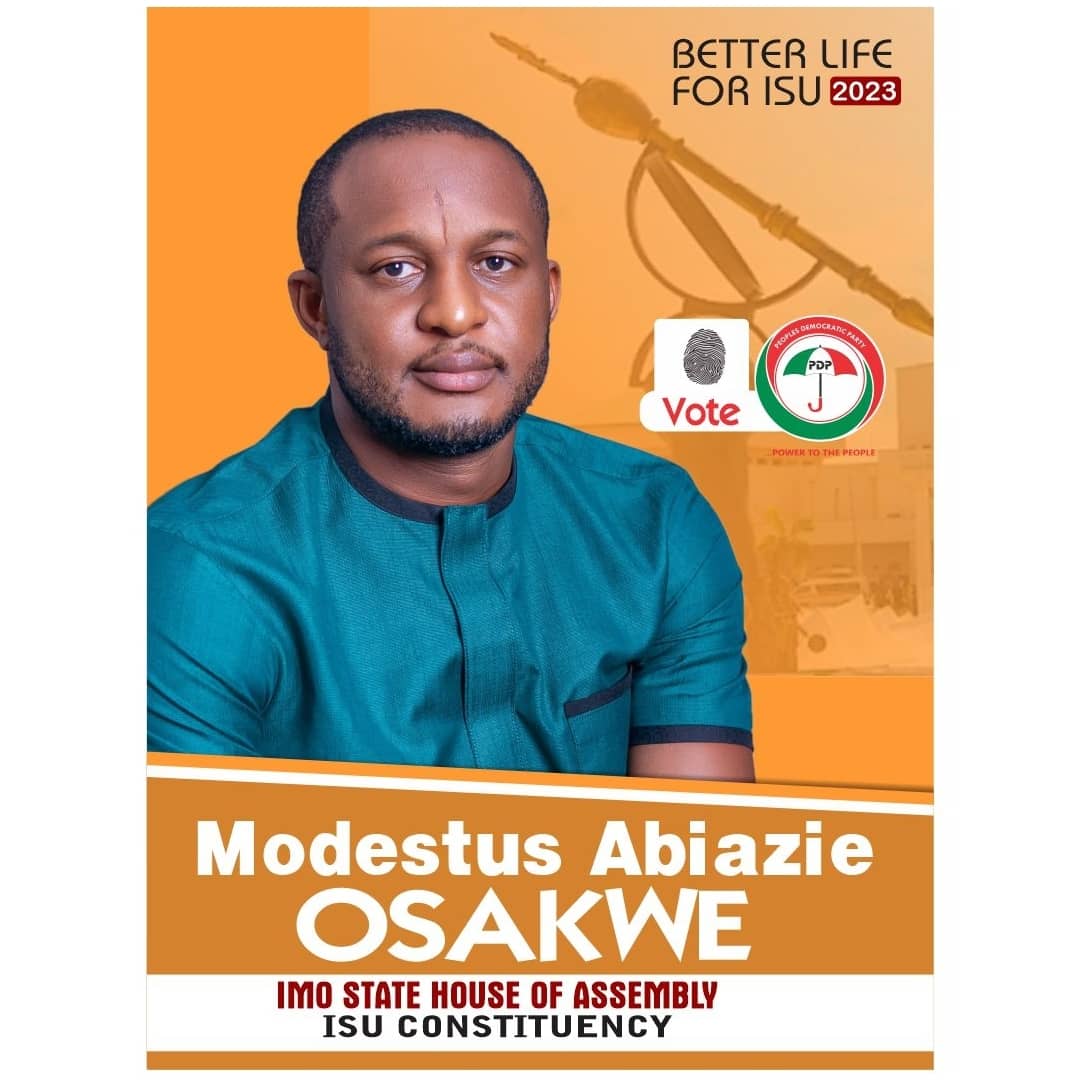 In an effort to ensure the transparency of 2023 General election  Hon. Modestus Abiazie  Osakwe the PDP Candidate for Isu constituency Seat at the  Imo  House of  Assembly  has urged his supporters and Nigerians at large to be circumspect on Voters registers displayed by INEC  on their Booths.

“Goodday Better Lifers, Kindly visit every booth in your ward to ascertain the authenticity of names displayed by INEC in the voters register. This exercise ends in 2 days, that’s on Saturday,19th Nov.

“Pls take this exercise serious as all fictitious registrations should be identified, then we can draw the attention of INEC  for deregistration of such names. Thank you”   Modestus Osakwe  repeatedly communicated via his social media handle to his supporters known as  Better Lifers for Isu.

The Independent National Electoral Commission of Nigeria (INEC) as the umpire in Nigeria’s coming general election has fulfilled their promise and done their own part by displaying all the names and images of eligible voters in each booth in the entire nation, which is the best they can do to ensure transparency of their records and the voters register.

‘’Our Leader Modest Osakwe in his recent message on social media   implied that’s it is now in our  hands as citizens to do the needful, by scanning  through the INEC displayed lists and fish out impersonators (foreigners) , fake registrants like under age children etc  among them to ensure that rigging is curbed in the state and nation.”  James Onyekwere  a  Better Lifer told our reporter.

Imo has been embroiled in allegation of inflated voter registration that led to some INEC staff being arrested  of recent and Modestus  Osakwe is being proactive with this call for citizen participation in helping  INEC’s effort of cleaning up its register and help eliminate rigging in the coming election.

This timely call from Modestus Osakwe has further affirmed his efficiency and it’s a taste of the effective representation that the people of Isu are craving for at the House of Assembly.