Breaking News
Magu, Detained By Police In Abuja For Further...
Ghana Opposition Leader Names Woman as Running Mate...
FashionGHANA Changes The Narrative Of Supporting African Fashion...
Magu was Not Arrested but Invited for Questioning–DSS,...
DSS Arrests Ibrahim Magu the Acting Chairman of...
Hushpuppi and Mr.Woodbery, Welcome to Chicago!
Wike, Atiku, Ihedioha, Kema Chikwe, to Lead PDP...
All Is Set for the Multi Million Dollar...
Thiago Alcantara On his way to Liverpool for...
Tension in Ghana Market Over the Arrest of...
Home Uncategorized Election Rerun: Imo PDP Poised For A Clean Victory Vows To Make it Difficult For The Judges Again
Uncategorized

Election Rerun: Imo PDP Poised For A Clean Victory Vows To Make it Difficult For The Judges Again

The Members of the Peoples Democratic Party (PDP)In Imo State has urged its supporters, apologists and sympathizers in the affected 3  Local Government in Okigwe North Constituency  which are Onuimo, Okigwe and Isiala Mbano LGAs  affected  by the Appeal court ordered rerun ,to come out in their numbers and deliver their favourite party in the State.

Hon Obinna Kingsley Onwubuariri, the lawmaker representing Okigwe North Federal constituency, has assured the good people of Okigwe north that he would reclaim the mandate they freely gave to him at the just concluded general elections, despite the defection of 2 constituency member representing Okigwe LGA  Chidem Emelumba and Paul Emeziem from Onuimo LGA  in the state house of assembly from PDP to APC earlier in the week.

Obinna Onwubuariri seems   not perturbed as he is keen strategizing on how to ensure that the election is transparent ,his confidence  high and hinged on the belief that he has not lost an election in his political history that started when he first contested for the legislative seat in 2015 and won at his first attempt, a rare story in the political history of other Imo political stalwarts. 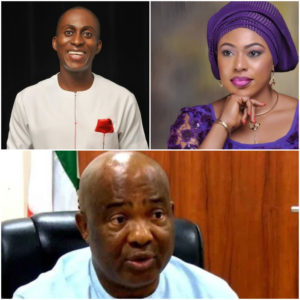 “I enjoin party faithfuls to remain steadfast as we will surely emerge stronger from the present state we are in. Those dreaming about the stoppage of God’s grace in Okigwe north will have to sleep much longer and still wake up to meet us much stronger. This is because a vibrant candidate and party, myself and my party; the PDP, represents the beauty of democratic entities,” the legislator reiterated yesterday

‘’ Lets ensure that we get a clean victory at the polls first and make our case difficult for the judges to interpret ,with God on our side nobody can stop this divine mandate’’ that’s the gospel of the PDP Stakeholders in the state as they go around intimating Imo People on the need to solidify the decision they had already made February last year by voting the youngest lawmaker at the legislative chambers.

The All Progressives Congress  (APC) flag bearer Princess Miriam Onuoha’s camp are optimistic of victory following the change of leadership at the helms of affairs in the state that is favouring the party besides the 3 of the heavy weight politicians in the state Governor Hope Uzodinma, Senator Ifeanyi Ararume and former Governor Rochas Okorocha  throwing their weight behind Princess Miriam Onuoha of the (APC ) as the outcome of this election is vital in changing the national perspective of the party and it’s a great opportunity for the new governor to show his influence and depth of the Imo peoples acceptance of his victory by clinching the victory for APC in the federal seat rerun.

Governor Hope Uzodinma tweeted  at 8.52 PM on Jan 22 with his verified handle @Govhopeuzodinma “Today I stormed Okigwe North federal constituency to join princess Miriam Onuoha to flag off her campaign ahead of the 25th rerun date I was join by @realRochas  @HonUcheNwosu enator Ararume and a host of top @OfficialAPCNG stakeholders Imo bu nke anyi  the tweet is a sure sign of their unified purpose and intention to muscle Hon. Obinna Onwubuariri of the PDP out of the seat and show that they truly own Imo.

As members of the Independent National Electoral Commission (INEC) perfects its arrangement to ensure a free and fair poll in Imo, the negative atmosphere   trailing the controversial supreme court judgement that relieved the former Governor of Imo State Emeka Ihedioha off his governorship seat is still in the air, it will needs lots of encouragement for citizens in the affected 3 LGAs to come out en masse and vote. As most are perceiving the sacrifice of queuing for hours under sun to cast their ballot as a wasted effort that doesn’t warrant a repetition following the recent Judiciary assisted power change in the Governorship of the state.

Thanks for another informative blog. Where else could I get that kind of information written in such an ideal way? I have a project that I’m just now working on, and I’ve been on the look out for such information.