Amnesty International a global movement of about 7 million people that assiduously campaign for human rights of everyone in the world has not relented in their effort in Nigeria.

As a non permissive organisation for injustice of any type has reignited the End SARS campaign which started few years ago in Nigeria arguably in 2017.

The End SARS Campaign which seemingly cooled down after being  widespread on social media, and became lead discussion topic on live TV programs, and  Nigerian Government  responded by releasing series of complaint numbers to the public to call and  report police and Special Anti Robbery Squad (SARS) brutality. 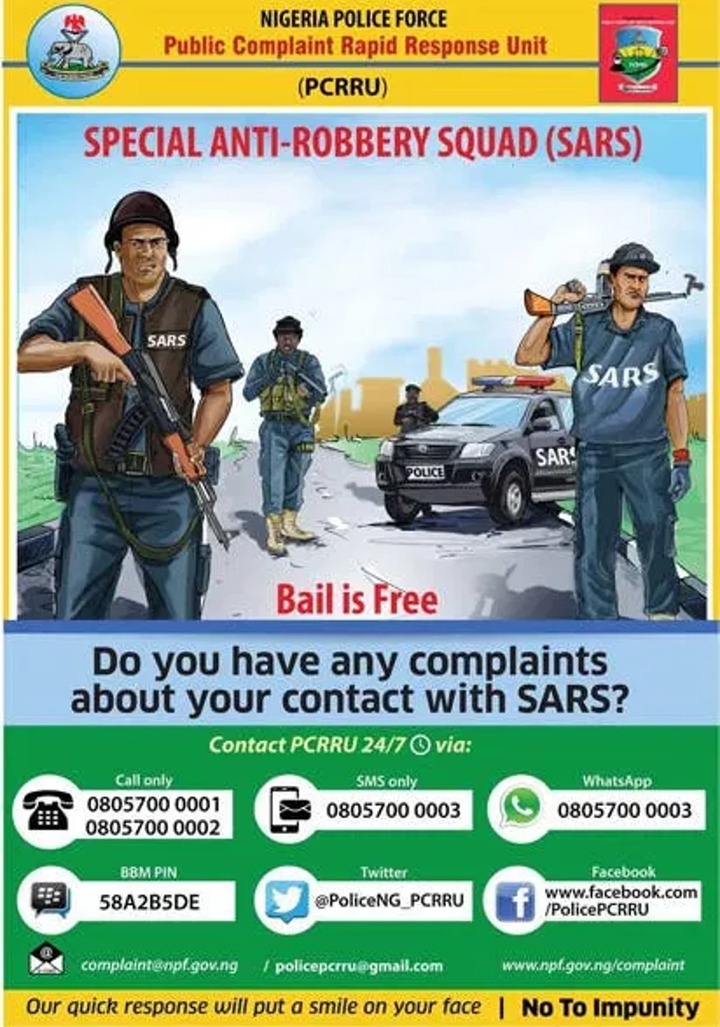 Following a recent incident in Port Harcourt Nigeria in which a team of policemen man handled, and arrested a journalist who was recording their act of brutality on another  citizen,the End SARS campaign has been woken from its rest as Amnesty International is bringing it to the front burner of social issues in today’s Nigeria.

“Two of the four policemen engaged in slapping me one by one and beating me. Another two joined in beating me up when they heard I was filming what they were doing.” – The journalist who was arrested and tortured for filming police brutality told Amnesty researchers.

The Nigerian Special Anti-Robbery Squad, or SARS, has become an infamous unit of the Nigerian police force for their persistent abuse of citizen’s right via unlawful arrests, high-handedness, humiliation, and extortion.

A previous petition signed by 10,195 people has been submitted to Nigeria’s National Assembly calling for scrapping of SARS but the noble aim was not actualized. In recent times, there has been talk of reforms of the force, instead of full disbandment of SARS, but their persistent brutality has resulted in amnesty international taking charge in reigniting the campaign again.

Amnesty International is urging Nigerians to sign a petition addressed to Nigerian President which is aimed at drawing his attention to the notorious outfit’s acts of violating human rights which they are still perpetrating on harmless Nigerians.

“Police should be protecting Nigerians not extorting them. SARS officers continue to act with impunity as if they are above the law. SARS officers’ unlawful activities should be investigated and ended.

“The recent death of Hamilton Osahenhen Obazee who was arrested and allegedly tortured to death by SARS officers on 6 March 2020 in Edo state, sparked several demonstrations to demand the end of SARS. The cases of brutality have prompted Nigerians to call for a reform of police through protests and campaigns.”

“Detainees in SARS custody were found to have been subjected to a variety of methods of torture, including hanging, mock execution, beatings, punching, and kicking, burning with cigarettes, waterboarding, near-asphyxiation with plastic bags, forcing detainees to assume stressful bodily positions and sexual violence.

“Survivors have risked everything to tell their stories and seek justice, while the loved ones of those who have died do the same. It is time to finally end impunity for police brutality and torture in Nigeria.”

A part of the petition to the Nigerian president reads.

Amnesty International has also accused the officers of SARS of detaining young Nigerians illegally and extorting money from their relations.

‘’For years,  Amnesty has been documenting and calling out police brutality in the region. Now, we turn our focus to SARS and join the decade-long public calls to shut down this Nigerian police unit, in our report published today.

“In the last 3 years alone, we documented 82 cases of extortion, torture, and ill-treatment by the SARS. With your support we can end impunity”  Osai Ojigho Director of Amnesty International Nigeria entreated in their public appeal  letter.

Amnesty International prides itself as an organisation independent of any political ideology, economic interest or religion. And strongly believes that no government is beyond scrutiny while no situation is beyond hope.