The lock-down of cities and nations following the covid-19 pandemic has triggered all sorts of abuse and violations of rights in communities  and nations,every day new cases of rights violations are being recorded , from military brutality on the citizens , extra judicial killing of individuals by the security forces, Xenophobic and racial discrimination’s against a particular human group by others.

The alarming factor here is that’s some of these atrocities are being enforced with government authority and power, others are influenced by self aggrandizement of the security forces deployed by government who seems to be miss-informed on the prerequisite of their duties, in a few cases the citizens sometimes were out of place in the role they are expected to play at this time to assist in containment of the pandemic.

The Outbreak of Covid-19 has come with much negative impacts to our entire society and personal well being, the virus itself has no power to violate our human rights, since it cannot be held responsible , but it’s clearly affecting our ability to enjoy some of our rights ,as well as exposing some of our governments unpreparedness to defend us in times of crisis especially when evaluating the health infrastructure in some African nations and has equally empowered our governments with the authority to legally infringe on some of our rights as its supposed to in times like this.

Our rights to freedom of association, freedom of movement and right to work and earn a living are the most impacted at this time which the governments are obligated to enforce for our collective safety and well being since the responsibility to respect, protect and fulfill human rights lies with the state and is both a legal and practical responsibility of it.

Regardless of the efforts our of respective governments to ensure our well being, its certain that most African governments cannot execute such obligation to perfection as its security operatives are already flouting the article 5 of the International declaration of human right which says  “ No one shall be subjected to torture or to cruel, inhuman or degrading treatment or punishment.”  So not perfectly complying to the stay at home directive does not warrant such heinous punishment of shooting unarmed individuals, some to death.

According to amnesty international, if the states respond to the epidemic with policies and measures that unjustly impact the people’s rights and freedoms, or fail to adequately protect people against preventable harms related to the epidemic then it has  committed  a human right violation which they can be held accountable for. 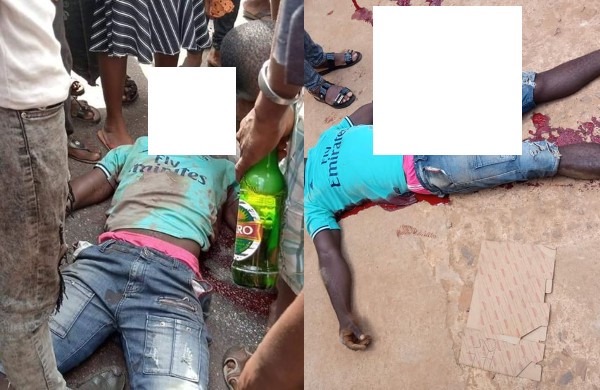 In south east of Nigeria on 15th of April 2020 at Nkpor in Anambra State, police men on patrol were arresting people they believed were flouting the stay at home directive ,they ran into a group of guys playing soccer on the street , in their bid to arrest them an altercation ensued and led to the shooting of a young boy of 20 years right in front of New-Tyre Market Nkpor near Onitsha at about 1:30pm  by one of the police men .

Newsmen gathered that police shot sporadically and two persons lost their lives. While one died instantly, the other was rushed to the hospital but gave up the ghost before they got to the hospital. The police in response has put up a defence that they were attacked with acid and in an attempt to snatch one of their men’s gun he released the tragic gunshot that led to loss of lives.

In Uganda Two men were hospitalized from bullet wounds sustained from an argument with a police man, one was shot at the leg and the other at the stomach on Thursday 26th of March, but as always when the police are releasing a statement on such issues they always try to justify their actions and goes a long way to exempt their officials from blame even when they know that they have erred in their social responsibility which is to protect and defend the people and their properties.

“They attacked one of the officers, he fired the warning shot in the air but they charged at him and he shot one of them in the leg and another in the stomach.” Onyango said the men, who were in hospital, had said they were not aware of the directive banning public transport and private motorbikes carrying more than one person.

The police forces in Africa and of course other parts of the world as well are always trained to operate by inflicting fear on the citizens in order for them to comply ,they are not emotionally intelligent enough to comprehend resistance of any sort from the ordinary citizen. 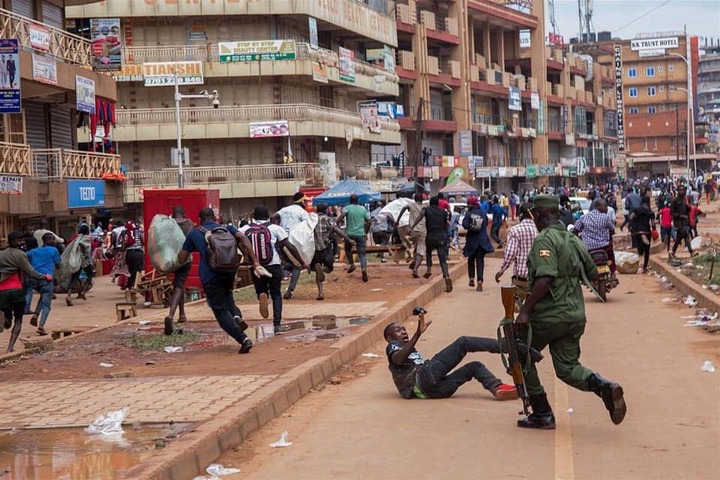 So they tend to be harsh on the people in order to gain the control that will enable them to operate at their will, it’s not surprising that government security forces are perceived to be trigger happy individuals because in slight provocations they shoot even unarmed citizens, and the common man is always tragically forced into doing body counts of their dead and injured loved ones, a scenario that is purely out of place with their social responsibility.

The Police, military and other state security operatives were created to protect and defend the people but the opposite is always the case as they are being miss-trained in their academies with an extreme egoism that encourages them to see anyone who is not of their force as a lesser being that can be done away with, an action that incur little or no repercussions. And it’s mostly so because in Nigeria ,the military, police and other such operatives are hardly brought to book on human right violation cases. 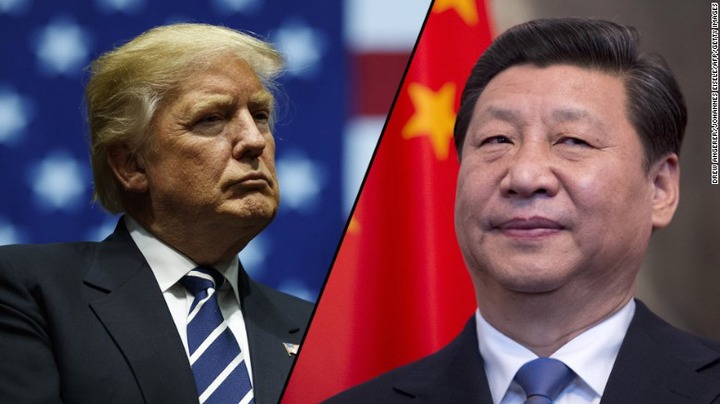 Both the USA and China Governments has been found wanting in some cases of alleged racial discrimination, in mid march this year following reports that the Trump administration intends to issue a new rule that would allow U.S. agents to turn back all asylum-seekers entering from Mexico in light of the corona virus pandemic.

“The Trump administration has already sent tens of thousands of asylum-seekers to harm’s way in Mexico, forcing them to survive in dangerous and precarious conditions and exposing them to appalling risks of kidnapping, torture, and other abuses. Instead of doubling down on these failed tactics, the Trump administration should reverse these cruel and punitive policies and allow people to seek safety following the process required by U.S. and international law. ” Charanya Krishnaswami, Advocacy Director for the Americas at Amnesty International USA.

Amnesty International alongside Human Rights First and Physicians for Human Rights followed the statement with action by sending letters to governors and state health officials in 13 states inside USA asking that they pressure the federal government to release immigration detainees being held in their states and urged the acting head of the Department of Homeland Security to release asylum-seekers and immigrants currently held in inadequate conditions in immigration detention facilities.

During a public health crisis, the government must act to protect the health of all people and ensure access to care and safety, not indiscriminately turn them away at borders or keep them locked up in unsanitary and crowded conditions with substandard medical care.

In recent weeks as well China was in the news for the wrong reason as videos of allegations against the police and china officials targeting non Chinese especially black Africans were widely circulated and Chinese government were being called out by individuals on social media for mistreating Africans living in their countries ,one of the notable segregatory action of the China state is forceful evicting of blacks from their homes and hotels, sending them out into the cold from their paid residents without an alternative shelter in the face of a highly contagious virus that people are being adviced to stay in door from. 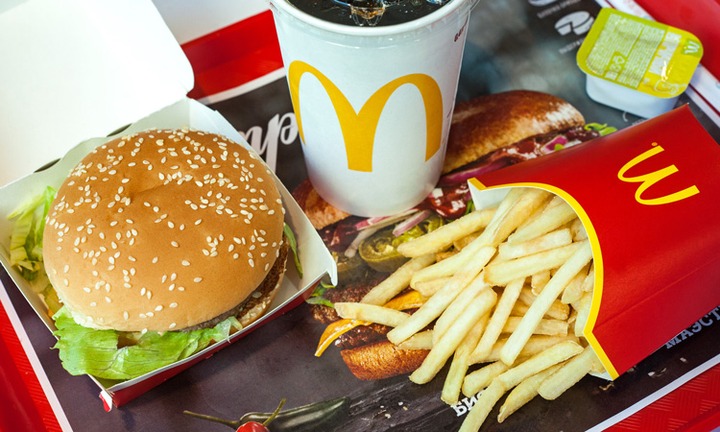 Popular American Fast Food Company has even come out to publicly apologize for discriminating against blacks in China, the mega food chain even closed branch in Guangzhou, China for barring black customers, claiming the ban was a response to local regulations. McDonalds said that when it found out about the notice it temporarily closed the restaurant.

All the above examples are extreme measures of protection of one human group against another and are good examples of leadership failures that are tantamount to human right violations, actions like this easily provoke retaliations and cause unrest been foreigners and citizens of their host nations.

In order to avert more crisis hinged on the recent precarious situation of the world, the state needs to enhance their stimulus package and humanitarian relief efforts to their citizens especially the less privileged ,every one has been ordered to stay home but we know that everyone on this earth cant boast of a personal space that they can call home out of extreme poverty conditions.

Health workers won’t be expected to engage people that have shown symptoms of this virus or effectively treat those that has tested positive to it without adequate personal protective equipment’s that will result in the person endangering not just his life but that of his loved ones as well and sure other members of the society.

Need for better understanding of the lock-down directives between the people and the security officials.

As the people and their government clash on subject of human right abuse in different fronts, the citizens needs to understand that in cases like these some of their rights that has to do with collective well being of others will be inhibited on, and the government has the right to enforce the stay at home directive but not in stringent measures that can lead to torture, physical abuse and even death.

It is appalling that in this age, security officials especially in Africa are sent to the street to enforce the lock-down without being in the know of the conditions of the partial lock-down, that doctors and health officials needs to be at their work places every morning ,and that food retailers are to operate in certain hours or time of the day according to the government directives without being subjected to any harassment .

They should be in the know that Journalists has the right to move around , observe and record the extent of the public complicity to the directives in order to adequately sensitize and update the masses with reports on the condition of the community and that NGO’s are free to embark on distribution of essential relief materials to the poor and sensitize the old and illiterate in the rural areas on the need and the right way to wash their hands.

This virus can only be defeated collectively , any undetected case regardless of where the individual is located is capable of triggering another nation-wide outbreak.

The government need to up their game in training their agents and letting them know that there is no need of  forcefully manhandling individuals as being reported daily, their job is to protect and enforce the law and not kill people for their ignorance out of their own ignorance of the directives under which they are operating on.