Breaking News
Ogelle Signs Creative Content Pact with Trinidad and...
Champions League is back and Journey to the...
Magu, Detained By Police In Abuja For Further...
Ghana Opposition Leader Names Woman as Running Mate...
FashionGHANA Changes The Narrative Of Supporting African Fashion...
Magu was Not Arrested but Invited for Questioning–DSS,...
DSS Arrests Ibrahim Magu the Acting Chairman of...
Hushpuppi and Mr.Woodbery, Welcome to Chicago!
Wike, Atiku, Ihedioha, Kema Chikwe, to Lead PDP...
All Is Set for the Multi Million Dollar...
Home Politics Suspected Imo Herdsmen Attack: The Half Truth of Gov. Hope Uzodinma and The Possible Facts of What actually happened-Nze Aroja
Politics

From the preliminary investigations of what must have transpired on the fateful Night of Wednesday the 4th of March 2020 that men on bike had unhindered access to Okigwe town environs shooting sporadically killing about 7 people and injuring 12 others ,the Imo Governor Hope Uzodinma has been quick in assuaging the fears of the people by publicly stating that it was an “ Igbo’s on Igbo’s attack” a speculation that has not gone down well with indigenes of Okigwe who believes otherwise.

A community leader in the area and former House of Representative member, Hon. Matthew Omeogara explained that gunmen who came on a motorbike stopped at one of the eateries in the area and opened fire on the people, killing three and wounding many others. He noted that the attack was targeted at local vigilante men in the area, pointing out that the security apparatus in the area needs to be re-jigged and operational vehicles provided for them for prompt response to distress calls.

The fact on ground is

2.It is not a cult war: The victims of the attack are mostly members of the streets local security men as most of the dead are members of the local  street security , young girls, and old men, none  are students except for one girl, so this discourage the assumption that its cult boys on the prowl because cultists target their rival cult members who are mostly young male students ,they coordinate their attack to hit their targets and don’t shoot sporadically and attack old men, girls and street security members unless those were trying to apprehend them which is not the case this time.

History of Herdsmen dispute with the community that was attacked.

So has there been any altercation between Okigwe people and herdsmen in their farms  that could prompt such attack? Yes, the people of Okigwe in our investigation has confirmed that herdsmen has been encroaching on their lands and destroying their farms with their livestock over a period of time.

Several communities  in Okigwe town where the attack took place has been in dispute with them for sometime now,a resident confirmed that Herdsmen has encroached on bushes and farmlands in Okigwe, places like Aku, Umulolo and Ezinachi , Alaokwa in Umuokpara and some part of Umuka has been encroached on, so altercations between these communities and the herdsmenis just a matter of time.

Communities like Aku, Umulolo, Ihube, Alaokwa in Umuokpara, Umuka, Ogii, Ezinachi and Umuawoibu have  already had their lands encroached on by herdsmen and regardless of that no cow has been killed by villagers at all to prompt such an attack being suspected to have come from the herdsmen.

The attacks happened in I Umuokpara and Umuchima Ubaha which are the  two communities that made up Okigwe town.

Are There Fingerprints of  Suspected Herdsmen Style On The attack.

Yes, Okigwe town was attacked in a commando style on Wednesday night, the attackers  had a field day came in on motorcycles at about 10pm in the night and started moving around the town and shooting people at sight, without stealing anything from anybody.

the perpetrators were never challenged  by any of security agencies in Okigwe, at that time there are suppose to be security checkpoints but there was none, which is  the normal modus operandi of suspected herdsmen attacks, security agencies are not always around and their absence  gives the free passage. In fact after the first operation between 10 and 11:30pm, the perpetrators came back again around 2am to mop up victims and inflict more harm and cement psychological fear into the residents thereby completing their act of terror.

Non southerners constitutes the greater number of Okada men in Okigwe metropolis which of course could warrant the ease of the use of motorcycles.

When the incident happened , there was a conspiracy theory that the State Government planned to hush it and silence the story being an APC Party that needs to be in good books of the powers that be.but the former  Special Adviser to the past Imo Governor Emeka Ihedioha on Security Affairs of the Okigwe Zone, Nze Chijioke Ekpunobi Aroja whose community was attacked and its people (Umuokpara) fell victims to the mayhem  raised the dust and attracted the media attention to the incident.

He called the DPO, Area Commander of the zone and rushed to his village to ascertain the extent of the damage for himself and his community ,the police responded that it’s not a herdsmen attack rather criminal activities , criminal activities with no evidence of crime? More than 7 people killed at different places in Okigwe town? He asked.

“ The police later updated the public that they have a suspect, he asked to see the suspect and the police declined and rather kept on reiterating to the general public that its not herdsmen attack and  said at one place the perpetrators   used Igbo language to shout” where is Chinedu” and that the suspect they have is not a northerner but rather of Igbo extraction but I did not see the person nor was his name released to the public ” Nze Chijioke Ekpunobi narrated to us.

“Cult people dont shoot sporadically they have targets, and if the people killed none is a male student, apart from a girl, then its not a cult war, and then there was no robbery so it’s not robbers and there has been recent issues between villagers and herdsmen in the communities then its likely herdsmen attacked’’ He reiterated. 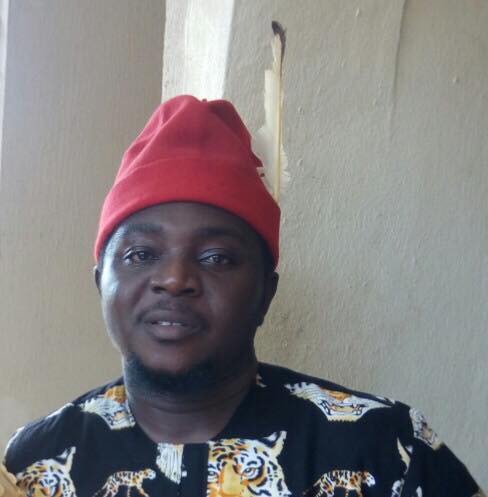 After the gory  incident on Wednesday night, a mild cult war ensued between members of Vikings and Black Axe confraternity of Abia State University which is situated in Uturu Village ,the part of Okigwe that is in Abia State on Thursday. members of Black Axe attacked  a Viking Confraternity member in Uturu village and on Friday morning a Viking member shot a black Axe Confraternity at the University’s upgate who died later. This Cult conflict in Uturu Okigwe which Is in Abia State part of Okigwe is believed to have given the Imo Governor reasons to assume and publicly state that the Wednesday night  attack is not of herdsmen but rather an Igbo on Igbo crime.

The possible fact on ground is that the locals  suspect herdsmen are the perpetrators of the attack on Okpara road and environs, which are all in Okigwe town on Wednesday night, which is Imo State part of Okigwe, and Cultist shot each other In Uturu on Thursday in the Okigwe Village hosting the Abia State University.

So they are murmuring on over the statement of Imo Governor, who they are accusing him of twisting the possible facts and truth of what actually happened in Okigwe to gain face with the federal powers and protect the suspected perpetrators from retaliation from the locals which will lead to more clashes and death.

Okigwe residents are accusing the governor of trying to misinform the public, alongside his cohorts the Nigerian Police an action they  believe to be more dangerous to Okigwe people ,truth need to be told so that relevant steps will be taken to assuage the fire of vengeance brimming in the heart of those that have lost their loved ones and also on the verge of losing their ancestral farm lands so that a lasting solution will be found for this issue before it escalates to a full blown tribal war they say.

I just want to tell you that I am just all new to weblog and absolutely enjoyed your website. Likely I’m going to bookmark your site . You surely have good article content. Appreciate it for sharing your web site.